A portrait of Robert “Bob” Roe hangs prominently in the local municipal building to honor the most distinguished elected official to hail from Wayne, a congressman who served for over two decades in the U.S. House of Representatives, who chaired the House Public Works and Transportation Committee with distinction and left a legacy in his home state and his beloved home town in Passaic County’s high country.

Mr. Roe died today, aged 90, a member of the Greatest Generation and a WWII veteran.

“Robert A. Roe was the quintessential public servant whose legacy encompasses his valor as a World War II veteran and his unfailing commitment to the people of New Jersey and the United States as one of the most effective consensus-builders in the United States Congress,” said U.S. Sen. Bob Menendez (D-NJ).

From a postal worker family in Wayne, Mr. Roe started his public service in elected office as a local committeeman and later the mayor of his hometown.

He went on to head the Commission of the New Jersey Conservation and Economic Development Department for then-Gov. Richard Hughes, and in 1969 won a seat in Congress.

“I love the food here, but of course, I brought my food taster tonight,” Mr. Roe joked at a campaign trail appearance alongside his GOP adversary at Boyle’s in Clifton.

In the U.S. House of Representatives, he deepened his reputation as a steady work horse, and friend of working class people – especially truckers and those in the transportation field.

“Commuters on their way home tonight, whether by road or by rail, have Robert Roe to thank for his work in blazing the trail, and they have every right to expect those who have followed him in Congress to keep his legacy,” Menendez said.

Throughout his service in government, Mr. Roe impressed others with a rigor of mind and gravitas that transcended party.

The godson of Mr. Roe, Assemblyman Scott Rumana (R-40) said his Republican father and the late Democratic congressman had a friendship that went back to their days in the Boy Scouts on Lake Hopatcong.

For the younger Rumana, the congressman – along with Rumana’s own father, a judge – became his example in public service: the mayor from Wayne made good, who had pictures of himself with Anwar Sadat on the walls of his district office.

“I can’t ever recall ‘party’ entering into the discussions with Bob,” said Rumana, reflecting today on the life of one of his two mentors. “With him it was always about government.”

Mr. Roe ran twice for the Democratic nomination for governor, once in 1977 and once in 1981, and lost both times.

As congressman, he was never beaten.

When he retired in 1993, Herb Klein won what was then the 8th District Congressional seat, followed by Bill Martini, followed by Bill Pascrell. 2011 redistricting cut Pascrell away from Wayne, which U.S. Rep. Rodney Frelinghuysen (R-11) now represents.

Up until his final days, Mr. Roe remained active, going daily to his consulting office to work.

He cherished giving political and governmental advice and sometimes more than advice.

“I ran against Chris Smith in 1992 and once you lose no one cares about you,” said Mercer County Executive Brian Hughes, son of the late Richard J. Hughes. “Well, two and a half weeks after the election, I got a $5,000 check from a trucking company. The message was, ‘this is from and for him Bob Roe. After November, that was the only check I got.

“My father and Bob Roe had a close relationship outside of politics,” Hughes added. “They were very close. Bob Roe was the guy who could build a consensus. If it took one vote at a time, he would go after it one vote at a time. I think some of that he learned from my father. It doesn’t happen much anymore but it can happen if there are grownups in the room.” 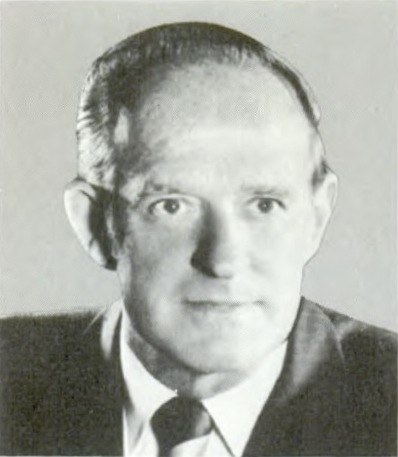