“The grit and the everyday challenges that New York brings taught me that I’m okay. I’m okay just being myself and that’s what New York City does,” said Prabal Gurung on leaving Nepal.

In addition to gaining insight into New York’s creative scene, guests were also treated to an open bar and intimate sit-down dinner at Blue Fin in the hotel lobby following the panel.

Ms. Elson went on to explain that, in the end, she found success by pursuing creativity. “I never once wanted to be at the top of the food chain,” she claimed in her charming British accent. “For me, it’s always been about doing something that moves me. Everyone here–we all do what we do because it moves us and it gets us up in the morning.”

Mr. Haggis, when asked by Mr. Zee how much inspiration he derives from talent in New York, quipped, “I steal from everything around me—from every person I meet, from every relationship I’ve had, from every friend I’ve had—I steal. That’s why I love New York.” 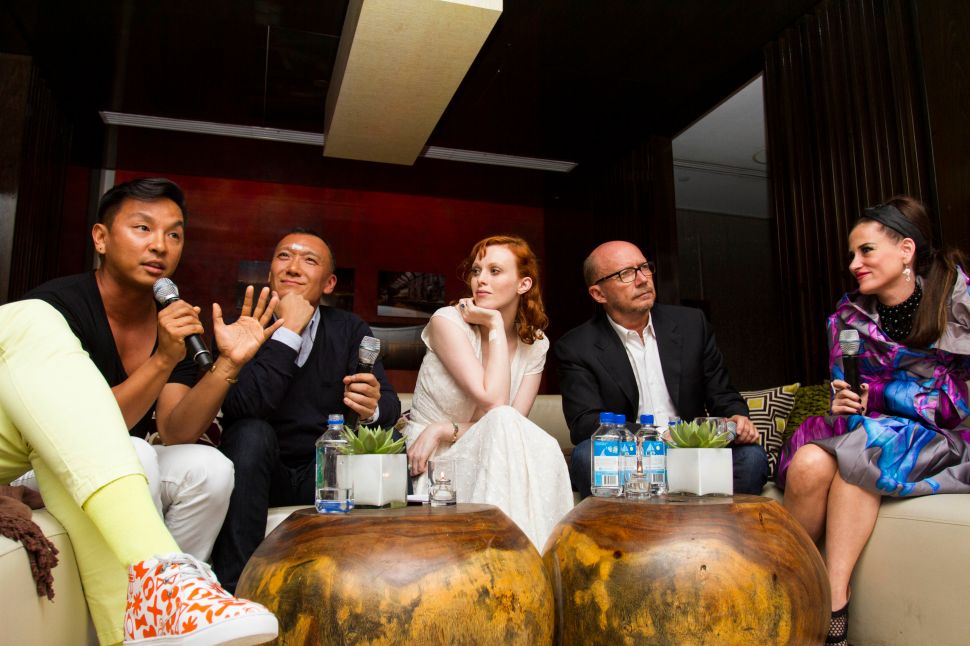