Gov. Andrew Cuomo offered a strenuous defense of the Moreland Commission in Buffalo Monday, speaking to reporters for the first time since the New York Times ran a front-page story accusing him of hobbling the public corruption investigatory panel.

“The Moreland Commission was a phenomenal success — it generated all sorts of interest in the behavior of the Legislature, it brought all sorts of cases that have actually come to fruition, and it was, I believe, the stimulus to get the ethics reform bill passed that we got passed,” Mr. Cuomo said.

And, he said Monday, it was independent.

The Times story — with a headline that alleges Mr. Cuomo “hobbled” the commission, which he shut down earlier this year — argues that the governor’s office “deeply compromised the panel’s work,” objecting when it looked towards groups that were associated with him or to issues that might reflect poorly on him.

But Mr. Cuomo said Monday, following a jobs announcement far from the city and Albany press corps in Buffalo, that what the Times called interfering on behalf of the governor’s office was simply communication.

“It’s called conversation and advice — this is a commission that was talking to all kinds of people,” Mr. Cuomo said according to audio from the event, where he spoke with reporters for 37 minutes.

He leaned heavily on a lengthy statement released Monday by Onandaga County District Attorney Bill Fitzpatrick, a co-chair of the commission, who asserted the group had been independent.

The Times cited one instance of top Cuomo aide Lawrence Schwartz telling the commission to “pull it back” after a subpoena was issued to a firm with ties to Mr. Cuomo. But Mr. Cuomo said Mr. Schwartz was “having a conversation with him,” and “advocating a point.” And in his statement, Mr. Fitzpatrick said the commission ultimately did issue the subpoena, three weeks later.

The governor’s insistence Monday that the panel had indeed been independent was a shift from his office’s 13-page response to the New York Times, in which his office says the Times assumes the panel was independent. “It wasn’t,” his office stated flatly.

Mr. Cuomo said the commission was disbanded earlier than expected because its — passing an ethics reform bill — was accomplished, and taxpayers didn’t need to fund another piece of state bureaucracy.

“Now is it perfect? No. Is there more to do? Yes. Did some people want public financing? Yes. Did we try to get public financing and fail? Yes,” Mr. Cuomo said. “But it worked and the commission members should feel very, very good about what they did.”

The story has been seized on by Mr. Cuomo’s opponents, primary challenger Zephyr Teachout — who called on Mr. Cuomo to resign — and Republican Rob Astorino, who has been slamming Mr. Cuomo and calling for him to address the story since the report emerged Wednesday. 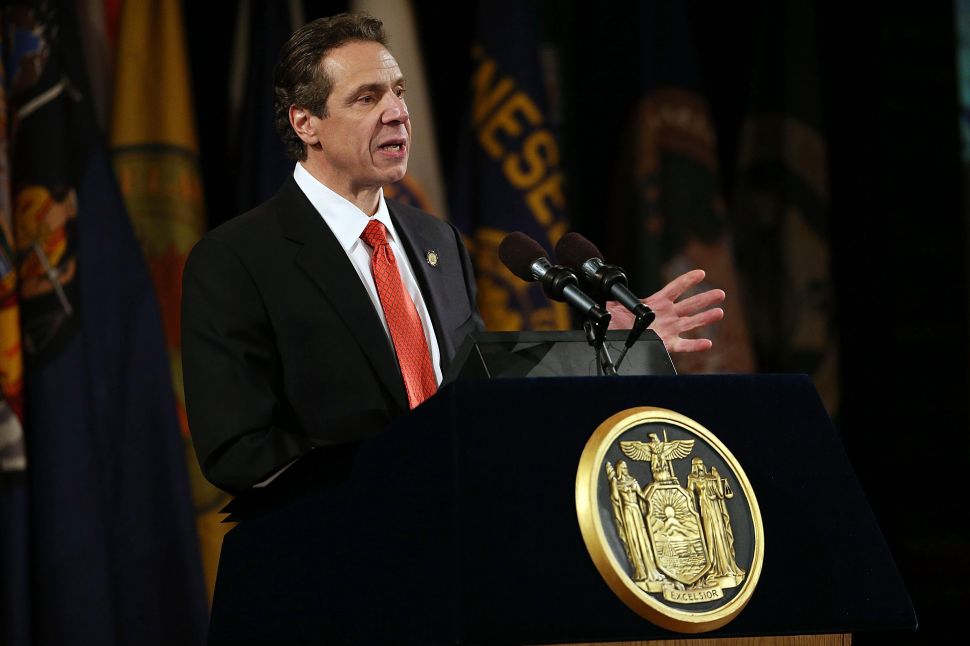