David Hallberg, 32, made history in 2011 when he became the first American to sign on as principal dancer with Russia’s storied Bolshoi Ballet. This month, as part of the Lincoln Center Festival, ballet fans will be able to see what he’s been up to when Bolshoi rolls through New York for the first time since Mr. Hallberg decamped for Moscow three years ago. “Coming back to the city is certainly that moment to show New York audiences what I’ve learned,” said Mr. Hallberg, who also dances for the American Ballet Theatre.

Are you a different kind of dancer when you appear with the American Ballet Theatre as opposed to Bolshoi? I think I’m the same dancer everywhere. But I’ve learned a lot with Bolshoi—the history of the theater, the technique of the theater, different nuances in my technique.

What kind of nuances? With Bolshoi technique, the movements are quite large, the jumps are big, and I’m a tall dancer, so I’ve learned to use my height more, to elongate my moves, jumps and positions. I’m physically using my body more to my advantage.

Is ballet more appreciated in Russia than America? Ballet is certainly appreciated in New York, but it has been a part of the Russian culture, history and heritage for hundreds of years, so it’s much more instilled in the Russian blood.

Russia’s been in the news a lot. How has it been living there? When I go to Moscow, it’s very much work-oriented. I’m not quite fluent in Russian yet, so it’s hard for me to understand or even discuss the political environment.

Does Putin come to the ballet? Not very often. Dmitry Medvedev comes. I’ve exchanged pleasantries with him, just like when I met Obama.

In the last few years, you’ve become a kind of celebrity dancer. How do you feel about that? Ballet needs figures that people can recognize and relate to. People don’t know ballet dancers as well as they know other artists.

How would you describe your onstage relationship with your dancing partner Svetlana Zakharova. You said once that you had a sexual connection with Natalia Osipova, who you previously danced with. The first time Svetlana and I danced together, we were just getting to know each other. I think we match in terms of temperament very well. And physically, of course, we sort of match, so onstage we look kind of harmonious together. But what’s fun, as of late, is Svetlana and I have danced so much together that we just start to play with each other and do different things. She trusts me more and I trust her more, so the partnership just sort of blooms the more we dance together. 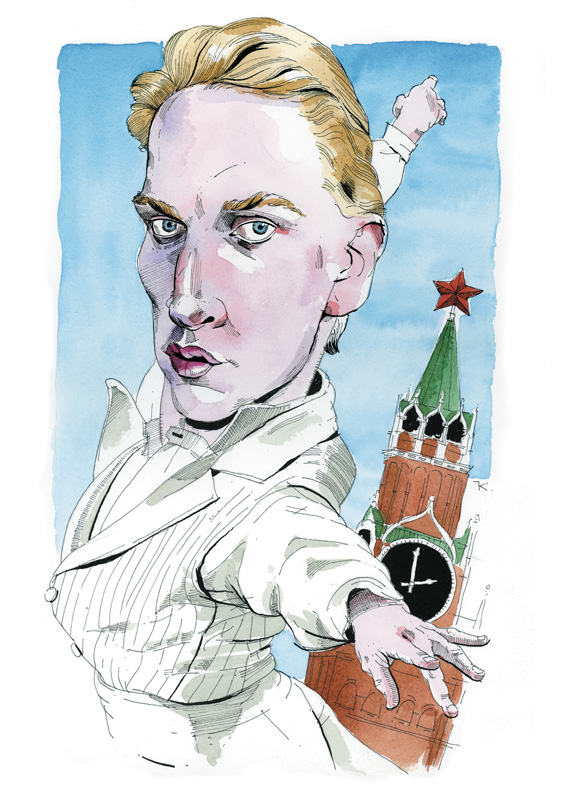