Speaking at the convention of the League of United Latin American Citizens–a Latino advocacy organization–Mr. de Blasio argued that cities across America should pick up his administration’s liberal drumbeat, especially on immigration issues. The mayor predicted that the GOP-controlled Congress would continue to block efforts to grant legal status and a path to citizenship to the 11 million-plus foreign nationals residing in America–but said that an urban crusade for municipal identification cards would force the legislators to adopt the measures that have already passed the United States Senate.

“It’s clear that the Republicans in the House aren’t willing to move on this,” Mr. de Blasio said. “If cities do it all across the country, it’s a way of saying: ‘the train is leaving, the time is now!’ Show them what fairness and equality looks like! Do it yourself!”

The speech won applause from the crowd and plaudits from LULAC’s leadership, who agreed that the issuing of local identification cards in urban centers would lead to immigration reform on the national scale.

“If only other major cities adopt the same strategy, it will move that train forward, even with resistance in Congress,” said LULAC’s national executive director Brent Wilkes.

Cities in California, Connecticut and New Jersey have already begun distributing local I.D. cards to all residents, as has Washington, D.C. 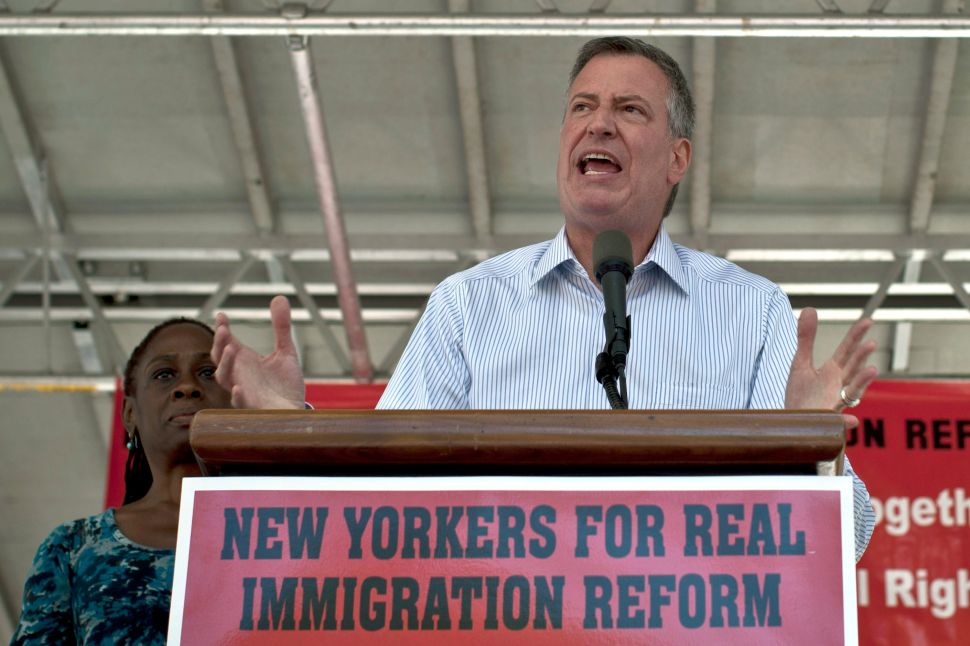