Mr. Lawrence told the Observer he chose to decline his place on the ballot for State Senate District 20 after the petitioning deadline on July 10, saying he was disappointed by a lack of support.

“After much prayer and discussion with my family I made the conscious decision to withdraw from the race. The campaign didn’t take off where I’d like for it to be,” said Mr. Lawrence.

The longtime neighborhood activist said he would continue to be involved in local issues–though he said he was not ready to endorse either Mr. Hamilton or Mr. Dorancy for the seat.

“I’ve met so many wonderful people throughout the district during my candidacy, and as I’m not a candidate any longer I will continue to be a community leader advocating for solutions on behalf of the constituents’ concerns,” Mr. Lawrence said. “I have one philosophy: As a believer I never lose, I either win or learn.”

Mr. Lawrence did not secure any major endorsements, and raised just shy of $12,000 for his campaign as of the July filing deadline.

By contrast, Mr. Hamilton has received the support of 32BJ SEIU, the Communication Workers of American Local 1180, Heat and Frost Insulators Local 12, the Bridge and Tunnel Officers Benevolent Association. He also has the backing of Mr. Adams. Mr. Dorancy has the backing of 1199 SEIU, Teamsters Joint Council 16 and of Congresswoman Yvette Clarke and her mother, former Councilwoman Una Clarke.

“Demetrius Lawrence has always been an important voice for our neighborhoods, and serves our Central Brooklyn community with distinction. I look forward to working together with him in the months and years to come to realize a prosperous and progressive vision for Brooklyn,” Mr. Hamilton said.

Updated with statement from Mr. Hamilton. 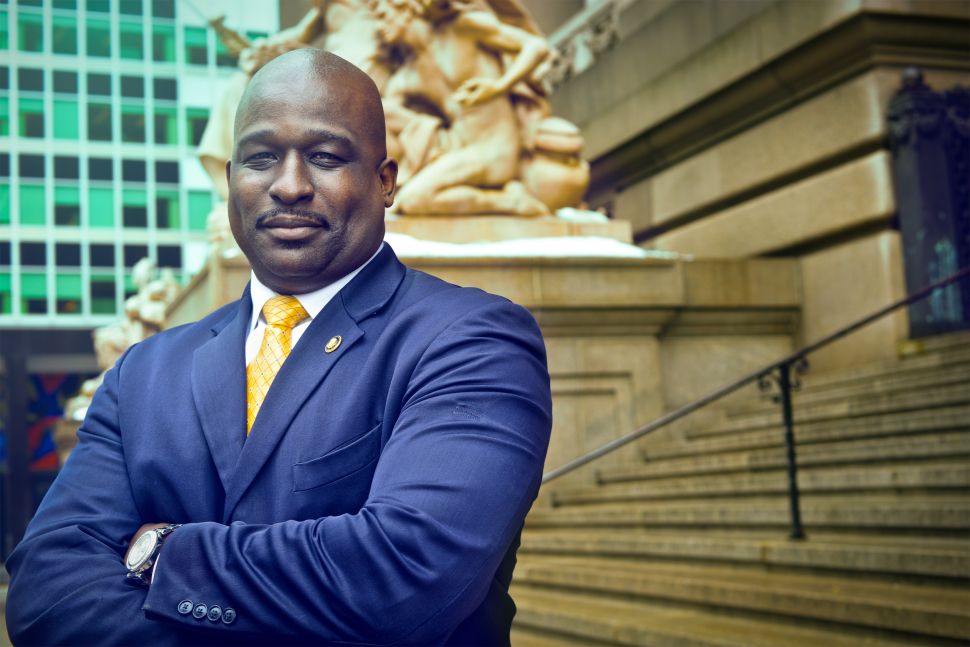