A group of Democrats rallied today in support of the “Boss Bill,” a piece of legislation championed by State Senator Liz Krueger that she said will protect women’s reproductive rights.

The “Boss Bill” is a response to the Supreme Court’s recent decision in the “Hobby Lobby” case, which declared that employers can deny contraceptive coverage to employees based on the employers’ religious beliefs. Public Advocate Tish James, Manhattan Borough President Gale Brewer, Councilwoman Laurie Cumbo, Ms. Krueger and other council members, as well as various activists and organizations, joined the rally to condemn the Supreme Court decision and boost Ms. Krueger’s bill.

She also claimed that currently there are more than 100 court cases concerning people being discriminated against based on their reproductive decisions on the job. The bill passed the Assembly, Ms. Krueger said, but was never given a vote in the State Senate in the past session.

“This is one of the most important issues that we as women and very intelligent, brilliant, enlightened men have come together on,” said Ms. Cumbo, the chair of the council’s Committee on Women’s issues. “We have to set the set here in New York but also on a national level. I am a woman, a thinker and a decision maker.”

“The belief that your employer has the right to determine your reproductive health needs is antiquated and deeply problematic,” Ms. James said. “It is now more than ever that we need to establish protection here in New York to ensure that women get the reproductive coverage that they so desire.”

Ms. Brewer added some historical perspective to the women’s reproductive rights crusade: “For goodness’ sake, it is mind blowing that we’ve been at this for 40 or 50 years,” she said. “Our labor force needs to be protected because otherwise they are going to be denied contraceptive coverage based on their employer’s religious beliefs. I can’t imagine anything more ridiculous than that in 2014.” 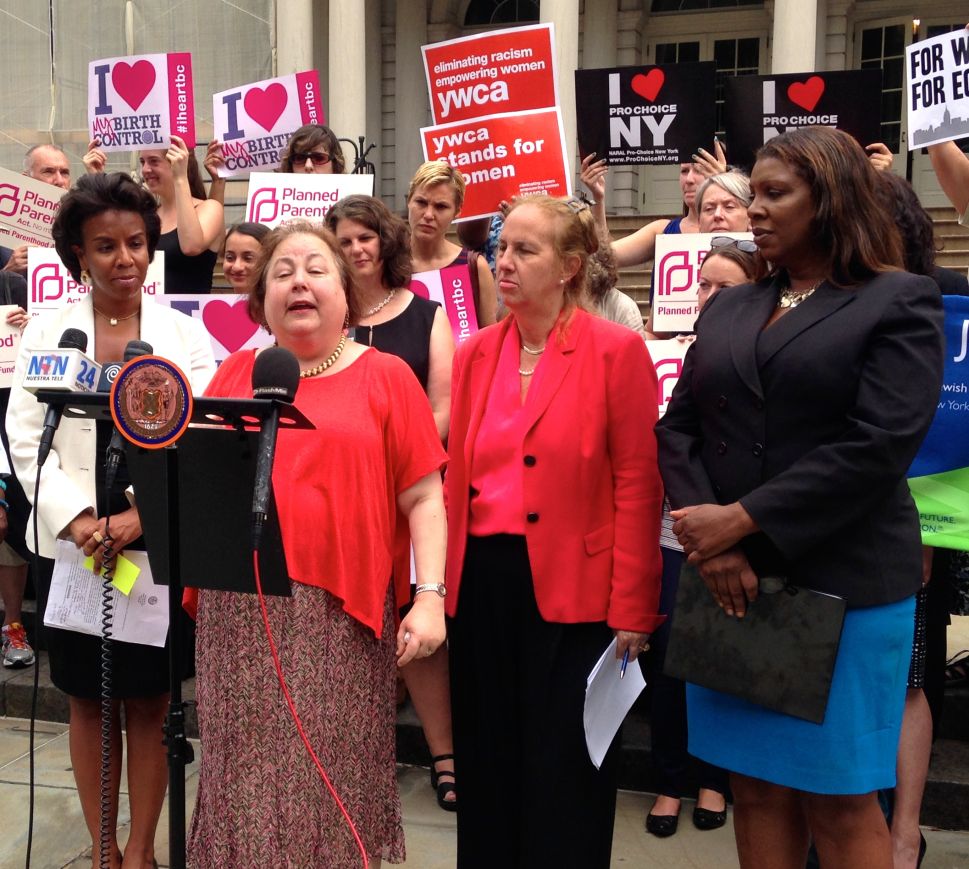