The president’s longest serving White House counsel, Kathryn Ruemmler, was, until her sudden departure for Latham & Watkins, “a regular presence in the Situation Room and the Oval Office, making legal judgments and helping coach other senior officials on how to discuss them publicly,” according to the Washington Post. Our first article, “All The President’s Muses,” described Ms. Reummler’s outsized role in the aftermath of the Benghazi tragedy. It’s undisputed she starred in the president’s expansive use of executive powers, increased secrecy and recent Supreme Court reversals.

With the near daily revelations from the IRS, the question becomes, what exactly might Ms. Ruemmler know?

The Inspector General of the Treasury confirmed that the IRS targeted the president’s political opposition with audits, harassment and denials of tax-exempt status. Patrick Howley reported from congressional hearings that even more IRS computers surrounding Lois Lerner and the White House had crashed. Now the IRS is claiming that the number is greater than seven (the prior count) but fewer than 20. There may be emails on back-up devices, but the IRS still claims it isn’t sure.

The burning question is: have they looked in the White House?

We know that “when the House Energy and Commerce Committee subpoenaed the White House for documents relating to the almost $400 million in taxpayer money lost on Solyndra, White House counsel Kathryn Ruemmler refused, writing: ‘The committee’s extremely broad request for documents—now a subpoena—is a significant intrusion on executive branch interests.’ Ruemmler added that the investigation ‘was driven more by partisan politics than a legitimate effort to conduct a responsible investigation.’” Ironically, if ever there was an expert in partisan politics, it’s Kathryn Ruemmler, who also served in the Clinton White House.

The Washington Post reported that Ms. Ruemmler was “very deliberate” and “a fierce opponent of public disclosures that could expose communications within the executive branch, especially those between the president and his advisers.” Ms. Ruemmler’s intense protection became “the focus of growing criticism of the White House’s insular and often secretive posture.” Simple logic dictates that Ms. Ruemmler’s “fierce” protection and President Obama’s promised “transparency” are mutually exclusive.

Ms. Ruemmler’s recent midnight departure from the White House left her actions largely unscrutinized. Yet, she was squarely in the middle of the IRS controversy from the very beginning. As she told the Wall Street Journal, “The White House really sees everything, and you touch everything.”

As White House counsel, Ms. Ruemmler led the president in all federal appointments. Her fingerprints are all over the president’s attempt to appoint Mary Smith, a colleague from Ms. Ruemmler’s days in President Clinton’s Counsel’s office, to head the powerful Tax Division of the Department of Justice. Senator Grassley blocked that confirmation, leaving the White House “very upset.” In response, Lois Lerner suggested auditing Senator Grassley.

Not long ago, the president said he knew nothing about the IRS target-hunting. Roger Aronoff reported that both the White House Chief of Staff and White House Counsel Ms. Ruemmler knew about the targeting of conservative groups at least a month before (the now infamous) Ms. Lerner “planted a question” regarding the IRS’ abusive actions. “President Obama later claimed on national television that in terms of the IRS scandal, there wasn’t a ‘smidgeon of corruption’ in his administration, and blamed the whole episode on ‘bone-headed decisions’ of bureaucrats.”

Ms. Ruemmler claimed she did not tell the president—prompting even some Democrats, including Lanny Davis, a prominent Democratic crisis manager, to call for her resignation more than a year ago. Yet, she remained safely in place.

“Either Ruemmler was incredibly incompetent or the White House is lying about when Obama knew of the scandal,” writes Ed Morrissey at Hot Air. “We got a big hint . . . when Obama changed the context of a question about his awareness of the scandal to his awareness of the IG report, which is pointedly not the same thing.” Or, perhaps Mr. Obama was simply on the 17th at Pebble Beach and couldn’t be reached.

Soon we learned that it wasn’t just Cincinnati bureaucrats who had targeted the president’s political opponents with IRS terror tactics. The effort was directed from D.C. Next came the revelation of substantial foot traffic (155 visits) from IRS official Sarah Hall Ingram, who oversaw tax-exempt organizations, to the White House from 2009-12, when she left to oversee IRS implementation of Obamacare—another of Ms. Ruemmler’s projects.

In an incredible stroke of luck, the emails on multiple computers that might reveal IRS agents’ communications with the White House were precisely the ones that mysteriously disappeared.

That lucky streak continued when by mere happenstance Ms. Ruemmler left the White House shortly before IRS Commissioner Koskinen was forced to admit that thousands of emails between Ms. Lerner, the White House and others were “missing.” At least now we know why the president so frequently visits Las Vegas.

Ms. Ruemmler has buried evidence before. It took counsel for Merrill Lynch defendants six years to find evidence that she had hidden when she prosecuted four Merrill executives—and then it was only produced accidentally by the third team of Department lawyers assigned to the case. The long-hidden evidence also proved that the “disclosure letter” Ms. Ruemmler signed to defense counsel was false and misleading.

In a later appeal, the Fifth Circuit held that Ms. Ruemmler and her team “plainly suppressed” evidence favorable to the defense. That finding establishes a clear violation of the ethical rule for federal prosecutors (Rule 3.8)–not to mention the Supreme Court’s admonition that the United States Attorney should “seek justice.”

If Magistrate Judge John Facciola, appointed by Judge Emmet Sullivan to “assist the parties” in finding the missing IRS emails from other sources, or if a special prosecutor is appointed to conduct a real investigation as Judge Sullivan ordered in the Ted Stevens case, Ms. Ruemmler’s history, and her knowledge of the IRS scandal, could lead to many questions.

Ms. Ruemmler wouldn’t be the first White House counsel to be forced to take the witness stand or participate in a cover-up. Anyone remember John Dean?

These IRS emails are today’s White House Watergate tapes. Who and how many people in the White House were recipients or senders? Surely, their computers haven’t crashed, too. How could 155 visits by a key IRS agent be missed by White House Counsel—the president’s fiercest protector?

So what did Ms. Ruemmler know and when did she know it? 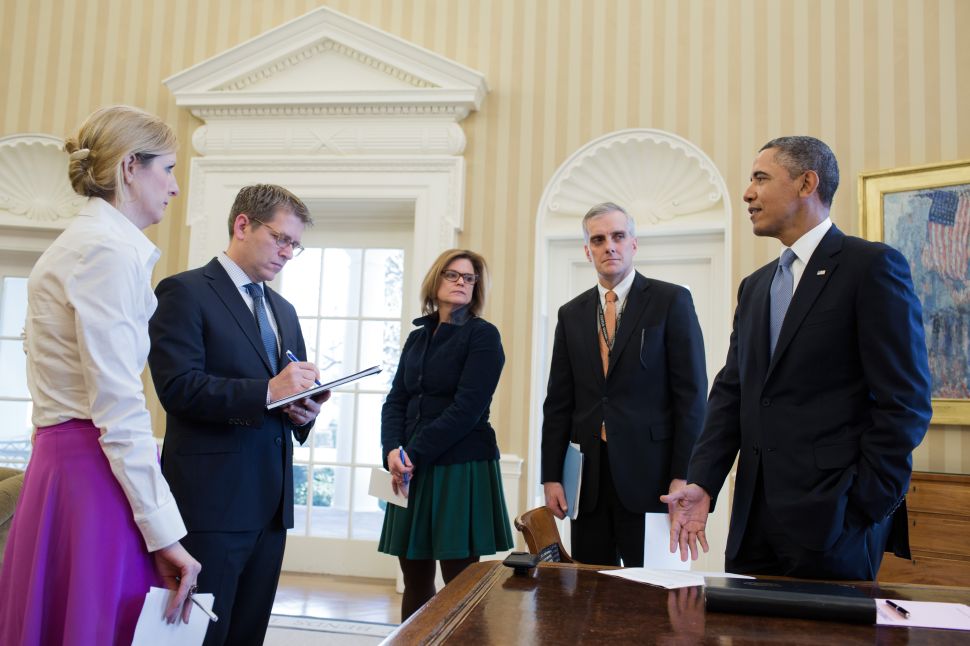