I don’t know whether to laugh or cry when I see the millions of dollars of ads touting “Start-upNY.” Governor Cuomo’s vaunted economic development plan creates tax-free development zones for businesses that settle on or near public college campuses and other state-owned lands. Sounds like a great idea, right?

Well, as an entrepreneur who pays more than 50% in taxes, I find this plan to simply be discriminatory against native New Yorkers who own businesses. While we are over-taxed, outsiders can come in and dodge taxes, which I thought were impossible to escape.

Meanwhile, Start-up New York’s propaganda conveniently ignores the fact that the 2014 Tax Foundation report indicated that New York ranks as the highest-taxed state in America. To be fair, the Tax Foundation did applaud some of Mr. Cuomo’s initiatives as a step in the right direction, but New Yorkers spend 12.6% of their per capita income on state and local taxes, the highest of any state in the nation. Further, New York ranks 50th in the Tax Foundation’s State Business Tax Climate Index – so while Cuomo’s program is great for the select few companies that qualify, what does it say for the rest of us fools in the State of New York? (I wonder how taxes will factor in Carmelo Anthony’s Knick decision…)

And since we are talking about discrimination, there’s been a lot of chatter recently about changing the admissions process to New York City’s top specialized high schools—including Stuyvesant High School, Bronx Science and Brooklyn Tech – because of concerns about bias.

I’m a 1992 Stuyvesant graduate, and for me the school provided a gateway to the American Dream. As the product of a single-mother household, I found Stuyvesant to be a great place to grow, and I know it helped me in many ways. While the school was (and is) far from perfect, changing one of the few consistently good NYC public schools seems like a bad option.

As a parent who spends $30,000 per child for NYC private schools, I’d love for my children to get into Stuyvesant when they are of the right age. Even as a graduate, my kids – and everyone else’s kids need to take the same test as every other kid in New York. What could be more merit based?

Indeed, when I was a student there the school was more than 50% Asian and reports indicate that today 73% of Stuyvesant students are Asian, with only seven black students admitted this year. It’s far from perfect – but nothing is, as we all earn pretty damn quickly after leaving high school.

The years I was there have seen a group of successful graduates in a variety of industries. Hedge-fund genius Boaz Weinstein, author Gary Shteyngart, and real estate mogul Eugene Schneur graduated a year before me, and nightclub impresario Noah Tepperberg graduated in ’93. And in the interest of not discriminating against Asians, we need to mention Dao-Yi Chow, the hot designer who won the prestigious 2013 CFDA/Vogue Fashion Fund Award and is a fellow Stuy ’92 graduate.

Hedge funds, real estate, nightclubs, fashion and public relations – a diverse smattering of successful people many years after graduation. We all took the test – and so should today’s New York kids. 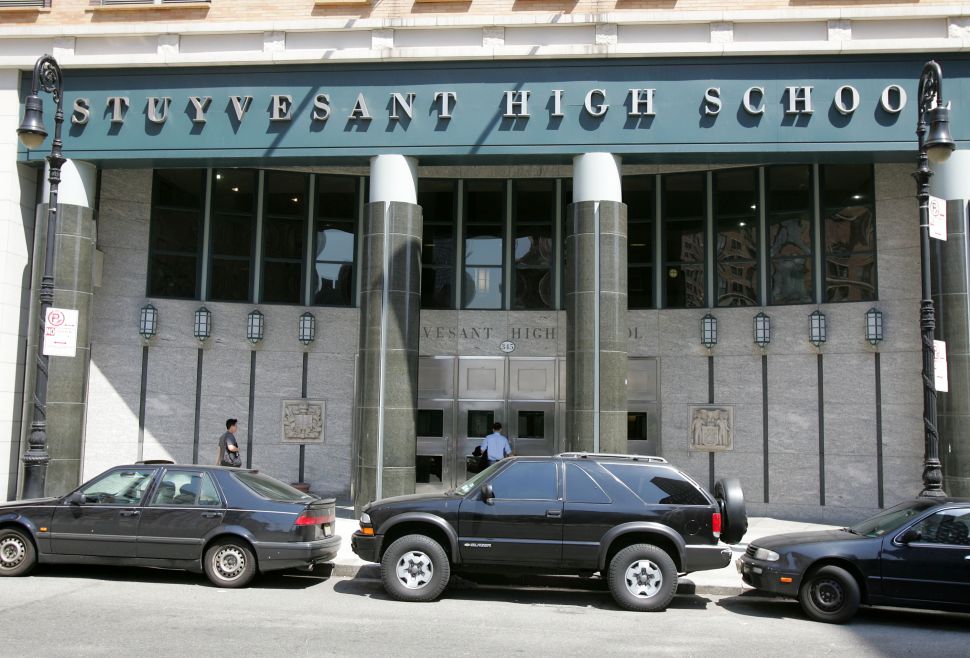