Since last Wednesday, I have watched all four seasons of Boardwalk Empire; a show that I’ve avoided for years for the same reason I’ve also managed to escape intimate knowledge about The Wire and The Sopranos for so long: because it looked depressing, and I have little to no interest in stories about men shooting each other. I’d seen the first two episodes of Boardwalk when it first premiered, and remember being not overly impressed by anything other than Gretchen Moll’s comeback. (She’ll show those Vanity Fair scoffers!) That, and the fact that in 2007 I met both Michael Pitt and Michael Shannon when they played (separately) in bands that performed at Goodbye Blue Monday in Bushwick, which led me to assume that the casting process of the show involved choosing actors just kind of lying around in Brooklyn. (For those interested in this sort of celebrity gossip, Shannon was very nice and jovial, while someone had obviously spread peanut butter in the roof of Pitt’s mouth in an attempt to make him appear like he was speaking.)

But it turns out Boardwalk Empire is incredible–no d’uh, now I get why Bobby Cannavale won that totally deserved Emmy last year–and I’ve officially watched approximately 48 hours of television in eight days. That means in the past week, I’ve spent one quarter of my life on this earth watching one television show. People always ask me, “How do you have time to watch that much TV?” Well, here’s how.

If you think that dedicating that much time and resources to one project won’t require the same kind of stamina and commitment as training for a marathon or writing a novel, you are insane. In fact, binge-watching can be more of an endurance test, as anyone who has ever stayed up all night to get through Orange is the New Black can tell you. So don’t brush your binge off lightly or put it off until the night before. (Before what? I don’t know. A fucking quiz. You tell me.) You can’t speed-watch a show, so your Adderall isn’t going to help here. You also shouldn’t pace yourself, because the point of binge-watching is that it’s all-consuming.

You are going to need to call out of work for a couple days, I’m not going to lie. You’re going to sleep only when absolutely necessary, and you’re getting up only to answer the door for that SeamlessWeb delivery. If you have to go out, say, to the gym, you will bring your iPad with the show loaded up already and watch it while doing your crunches and lunges. If you are truly determined to binge watch, you have to go all in.

People are not going to want to hear you talk about your show all the time. They will say things like “No spoilers!” or “I don’t even watch that show,” or “I’m not sure this is the best use of our time together this session.”

Those people, as helpful or court-mandated as they may be, are dragging you down and they need to cut them out of your life. I suggest turning off your phone and not checking your email and developing an anxiety disorder that involves never leaving your house. Life is happening outside your hovel, for sure, but I promise that the world out there is not as well scripted and brilliantly acted as what you are watching under the covers, right now. This is a good time to get better acquainted with your parents, who have actually watched Boardwalk Empire. Just remember: no spoilers!

I get it, some of us are not as fortunate to have understanding employers or a job that requires you to spend endless hours watching television. But this is about dedication, remember. Ask yourself: if I can’t get through The West Wing in one summer, what am I really doing with my life, anyway? Because 10-year-old You definitely thinks that watching TV all day is a much cooler sounding job than being an insurance claims salesman or a book editor or a food blogger. If 10-year-old You had to pick, it would be between this and being an astronaut. And let’s face it, you’re never going to be an astronaut. But you can be a Netflix tagger.

Boardwalk Empire is a good beginner’s binge show, because it’s only four seasons long, so you can test the waters of how little sleep/work you can get away with before someone starts looking for your body.

Look, you’re going to go insane otherwise. You’ll crack like an egg. I don’t just two-screen it: On Sunday night I found myself watching Boardwalk Empire with the captions on, working out at the gym, while reading a book. Sure, I might have missed some key plot information, but if you get yourself super-immersed in a program you can usually start to pick out the ebbs and flows of the episodes and figure out when a non-crucial scene is just building out its characters instead of driving the plot forward. For instance, if it’s two people talking in bed, feel free to play Candy Crush until one of them gets a phone call or a guy bursts in and starts shooting. Shootings are always important, even though they are loud and confusing. Once you’re done, you’re going to feel an extreme sense of loss. That’s normal. But the finale season is about to start, meaning that pretty soon you’ll have to wait a week between episodes to find out what happens to Nucky and the crew. In the meantime, find another, shorter show to binge on, just to tide you over. We hear good things about Bates Motel. 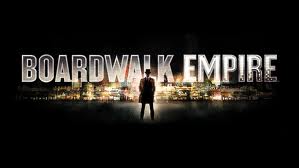