Elaine Stritch moved from Detroit to New York in 1942 to become an actress. More than 70 years later, after leaving an indelible mark on the stage, screen and this city, Ms. Stritch has passed away at age 89.

Those only familiar with Ms. Stritch’s recent work as Jack Donaghy’s mother on 30 Rock are only getting the tip of the iceberg. After studying beside Marlon Brando and Bea Arthur at the New School’s Dramatic Workshop, she went on to a stage career that earned her five Tony nominations and a win in 2002 for her one woman show, Elaine Stritch at Liberty. She also originated the role of Joanne in Company, the 1970 musical with music and lyrics by Stephen Sondheim.

On the small screen, Ms. Stritch’s career garnered the actress 8 Emmy nominations, with three wins. Recently, in 2013, a candid documentary was released titled Elaine Stritch: Shoot Me. Shot for more than a year, the film was a revealing look into the talented, often-snarky actress’s life and career. Company director Harold Prince says in a Shoot Me interview, “She’s difficult and eccentric, but you have to deal with Elaine’s eccentricities, because ultimately they’re worth it.”

In the Observer’s own Rex Reed’s review of the documentary, the critic wrote, “[Ms. Stritch] doesn’t know when to get out while she’s ahead of the game. She doesn’t know how to leave. But frankly, who could stand it if she did?”

We finally have to find out what it’s like for her to leave, and the entertainment world will not be the same. 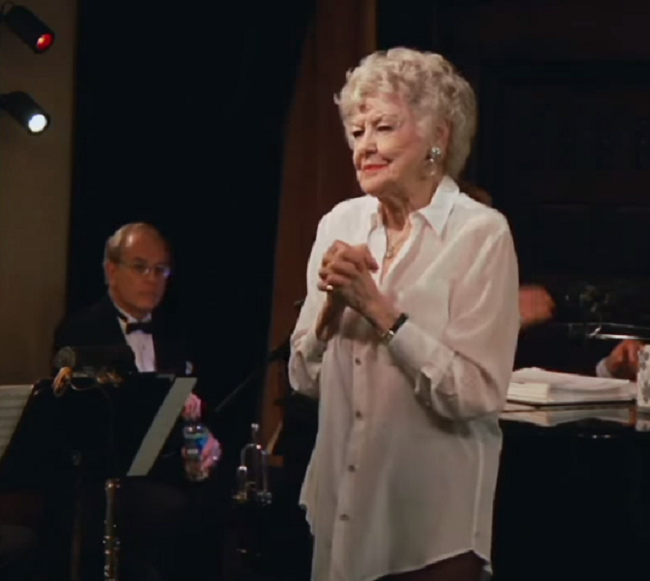