Independent special interest groups spent $5.3 million on recent municipal elections in Newark, far exceeding the previous record for “outside group” activity in a local campaign, according to an analysis by the Election Law Enforcement Commission (ELEC).

The outlay dwarfs the $261,629 expenditure in Jersey City 2013 mayoral race by Better Education for New Jersey’s Kids Inc., which appears to have been the largest previous expenditure by an independent special interest group in a local election in New Jersey.

Newark First, the IE group that backed losing candidate Shavar Jeffries, spent the most, according to ELEC: over $4.2 million.

“These groups are becoming a major force in national and state campaigns, and now they are becoming big players in local elections. Based on current trends, independent spending is likely to be even bigger in the future,” he said.

The heavy spending in Newark was led by $4.2 million in spending by Newark First, which was primarily financed by Education Reform Now (ERN), a New York City-based group. “ERN builds coalitions at the state and national level to give a left-leaning voice to reform in the public education debate,” says a mission statement on the group’s website.

Independent groups that supported Baraka included Working Families Organization ($410,001) and Workers Voices ($160,324), which were largely funded by unions.
While Newark was the main focus of independent groups in 2014, smaller amounts were spent on local races in Trenton and Bayonne. 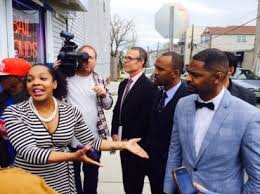