Yesterday, the Metropolitan Museum of Art announced that Emily K. Rafferty, president of the museum since 2005, will retire in the spring. She was the Met’s first female president.

Ms. Rafferty, 65, said she wanted to step down before beginning any new, long-term projects at the museum. “Now that the museum is ready to embark upon a series of new initiatives and a related long-term capital campaign, I believe it should have administrative leadership from someone who is prepared to assume those responsibilities for many years to come and carry them to fruition,” she said in the museum’s press release.

Her replacement has not yet been chosen, though the museum’s chairman, Daniel Brodsky, and Thomas Campbell, the director and CEO, have said they will create a committee from the board of trustees to find a successor.

She is known for her skill in, among other arenas, fundraising. Under her leadership, the number of Met memberships increased from about 134,000 in 2008 to over 160,000 in 2013. Recently, she has been instrumental in planning the museum’s reconstruction of the Modern and contemporary art wing.

A New York City native, Ms. Rafferty has held seats on several non-visual art committees including the Sacred Heart School in New York and was president of the Blue Hill Troupe, Gilbert and Sullivan Repertory Theater from 1998 to 1999. In 2012, she became Chairman of the Federal Reserve Bank of New York, just a year after being named to the board.

Ms. Rafferty doesn’t know what will come next for her, but she plans to continue working in some capacity—and to remain close to the museum. “The Met will always be close to my heart,” she said. 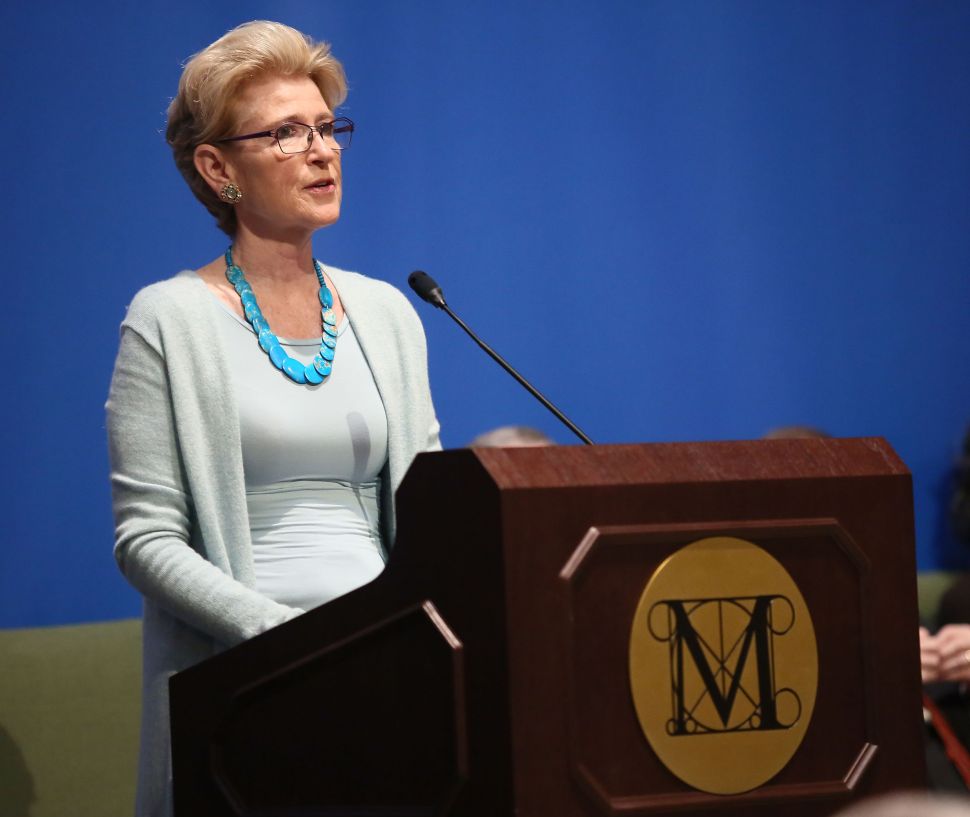