American actor Miles Allen is bringing his solo act One Man Breaking Bad to the Edinburgh Festival Fringe, in which he races through all six seasons of the hit show Breaking Bad in an hour, playing all the characters. Here is an excerpt about the show, which world-premiered at the Melbourne Festival in March, from Australian newspaper The Age: “It was born out of a YouTube clip that Allen posted last September, in which he posed as a homeless man doing Breaking Bad impressions for food.”

It sure sounds like an interesting show and it will definitely bring in…wait what? How is that glossed over so casually? Why exactly was he posing as a homeless man doing Breaking Bad impressions for food?

I mean, yeah those are some pretty good impressions but…why didn’t he just do them like, on his couch? Like this guy, and his awful yet non-homeless impressions of Walter White and Jesse Pinkman. Maybe if Miles Allen actually was actually at one point homeless?

“Me and a couple friends were just sitting in my living room on Sunday and I was doing my ‘Breaking Bad’ impressions, and one of my friends was like, ‘What if we made this video where we pull up and you’re a homeless man, doing a Walt Jr. impression? That’d be funny,” Mr. Allen told the Daily Beast. Huh. So is Mr. Allen just like insensitive or kind of a douche?

“Like, all of the above, yo,” responds Allen, still in character. (Admittedly to The Age, and not in any way in response to my question.)

Further inspection shows that Mr. Allen’s primary talent is solid, beard, progression. He also starred as Hot Guy #1 in Whoa! The only thing I know about Whoa! is that there apparently were enough hot guys in it to make numbering them necessary.

But can he do a half-way decent Joker and Batman? Of course he can! …along with about 45,000 other Youtubers.

So, yeah, I guess, check out One Man Breaking Bad if you’re in Edinburgh, Scotland? Was I supposed to be promoting this? Why don’t PR people ever call me? 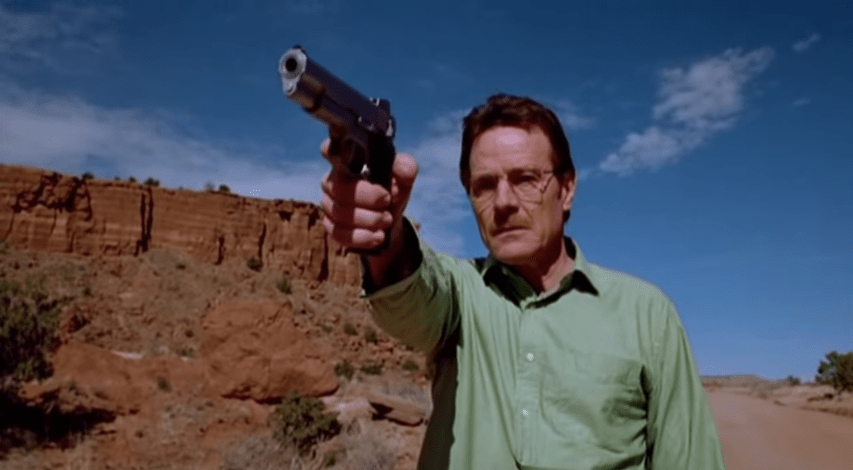