Upon further inspection into the 2014 Emmy nominations, I noticed that Guy Fieri himself was nominated for Outstanding Structured Reality Program as executive producer and star of Diners, Drive-Ins and Dives. Through means I’m not proud of, I was able to get my hands on a copy of Mr. Fieri’s acceptance speech, should he win come Emmy night.

Here is the draft, complete with notes.

As you could imagine, I was busy kickin’ it, upholding Flavor Law as the mayor of Flavortown, when your ol’ buddy Guy got the call from his manager saying, “Bro, your’e nominated for an Emmy, bro.”

I fire back with, “Brother, you best not be kidding me or I’ll serve you up a knuckle sandwich smothered in Fieri sauce.” All I hear is, “Brother, if I’m lying, I’m frying.”

Now naturally, I was about halfway into my famous, homemade Polish Sausage Infused Birthday Cake at the time, so it took a moment before I could say, “Now that, that is the bomb.com, baby.”

Now, I know there are some flavor-haters out there [note: pause for audience boos] who don’t think the Baron von Flavorville should be getting an Emmy. I’m up here to tell them that I’m no different than you are.

I dye a racing stripe into my soul patch one step at a time. My Hamborghinis run on pure cooking oil, just like everyone else’s. I put my sunglasses on backwards, where they serve no practical purpose, because I’m just like all of you.

Now naturally, your Lord and Flavior was backstage before this about three-quarters of the way into his famous, homemade Bleu Cheese Encrusted Pancake Stack, so I’m gonna wrap this up like a beef braciole.

Thanks to all my fans, and I’ll leave you with this: Keep it fast, baby, and keep it Fierious. Thank you. 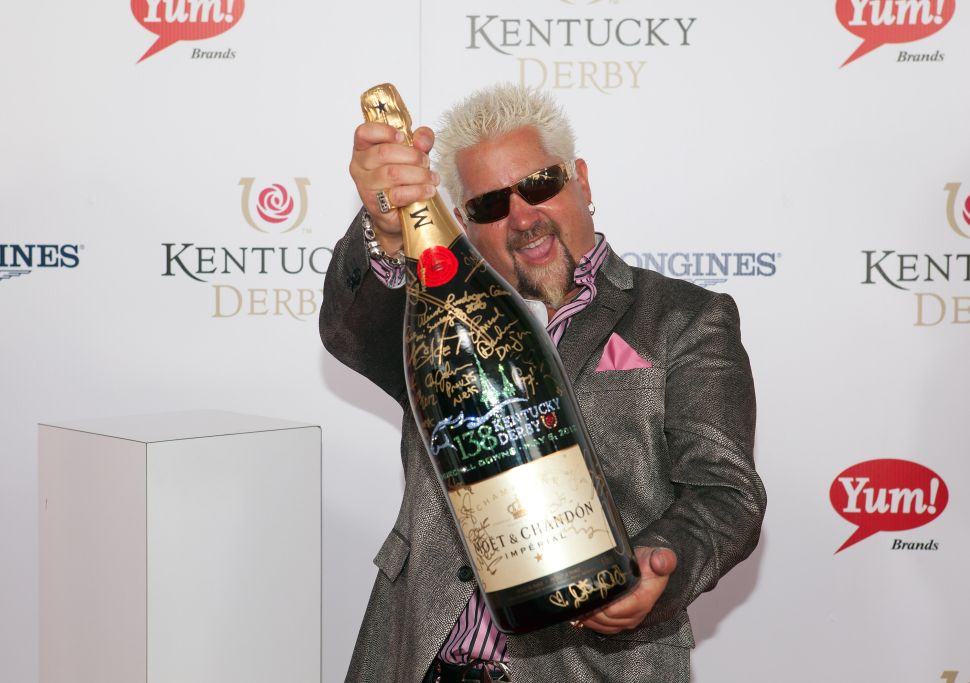