JERSEY CITY – And then there were three.

That’s what it looked like, at least, when a late-arriving and widely beaming Paterson Mayor Jose “Joey” Torres in cream-colored suit joined political allies Jersey City Mayor Steve Fulop and Newark Mayor Ras Baraka at a podium on MLK Boulevard and pledged partnership to an urban mayoral alliance to fight crime.

Murders in the state’s three biggest cities have Newark, Jersey City and Paterson – three-quarters of a million people – on high alert.

On one level, Baraka-Fulop-Torres showed the fiber of local urban governments.

Who was going to corral Torres as he settled into City Hall?

Today, it was Fulop – and his strongest ally, Baraka.

The two of them went back-to-back earlier this year when the Jersey City mayor helped hoist Baraka to victory against a statewide Democratic Party machine in the most-watched contest of the year.

Not as overtly connected as Baraka and Fulop but helped on the campaign trail by some key Fulop operatives behind the scenes, Torres overcame the Passaic County Democratic establishment to win his own election – on the same night as Baraka.

Now he appeared happy to join forces as the mayors seek information-sharing and encourage work between and among police departments.

“This is a beginning to a positive change,” Torres said. “Our cities have lost many valuable and innocent lives. This partnership will allow all three major cities to share services and help create a task force to track gang members and violent crime offenders, by sharing information and working together, we will keep criminals from abusing jurisdictional boundaries of the multiple agencies operating to protect our cities.”

“We know we must take a comprehensive approach to public safety and other important issues affecting our cities, and to do so we must work together with the other large New Jersey municipalities to foster cooperation…” said Fulop.

Baraka added, “Public safety is a top priority of my administration and we cannot address it solely as a Newark issue.” 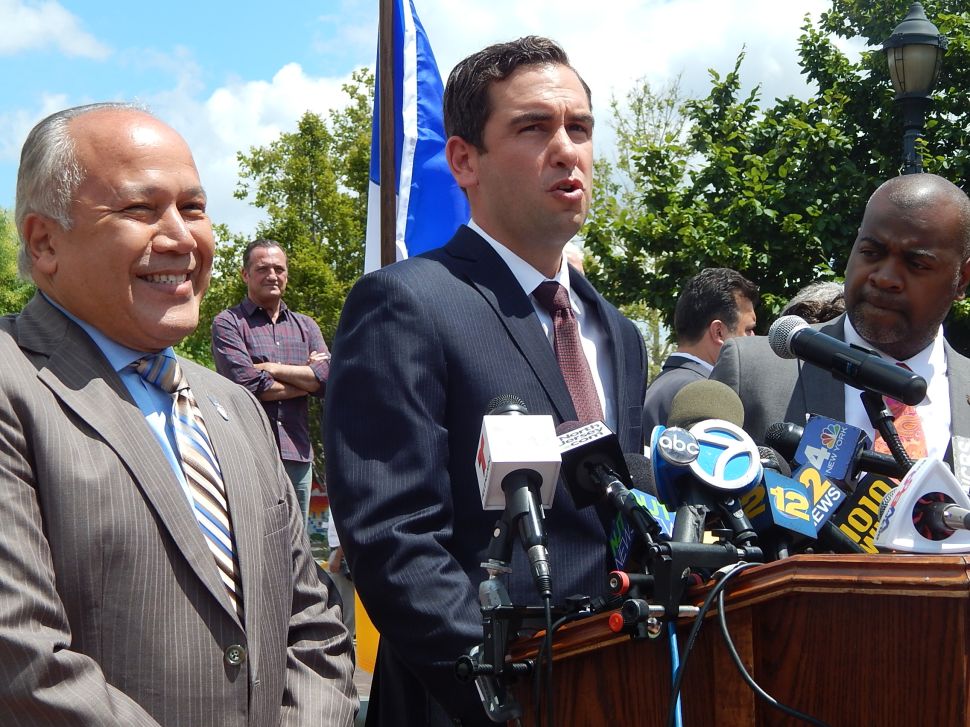