British company, Net-a-porter is writing the next chapter of New York’s obsession with fashionable sportswear with the launch of their dedicated “après sport” site, winningly titled Net-a-sporter. The site, which debuts July 9, will offer “a mixture of accessible and luxury sports brands…which can also be incorporated into our customers’ personal style,” says company President Alison Loehnis. Considering her customer is the kind of woman who thinks nothing of dropping several thousand dollars on the latest designer must-have, this speaks volumes for the role of fitness clothing in the modern fashion maven’s wardrobe.

New York fashion PR girl Robyn Berkley, who reps the likes of CFDA / Vogue Fashion Fund winner The Elder Statesman and launched her fashion fitness line Live The Process for s/s 13, is a case in point. “I see more and more women, myself included, embracing a lifestyle that revolves around working out and taking care of your body, and they want to look and feel chic while living it,” she says. When she had the idea for her line – which features prints that wouldn’t look out of place on a New York fashion week catwalk – two years ago, “there was literally nothing like it on the market.” But she has since launched into what’s become a thriving and increasingly competitive category.

Out in Southampton, where Tracey Anderson reigns supreme and the local women are “obsessed” with cardio / pilates mash-up SLT, Jennifer Bandier opened a bricks and mortar version of Net-a-sporter, named Bandier, just last month. “I was actually scared that no one else was doing this,” she says, and yet her hunch that a store selling $450 leggings was actually exactly what her well-heeled Hamptons’ cliental were waiting for has so far proved correct.

Stocking 35 independent labels, as well as Stella McCartney’s collection for Adidas and a smattering of Nike’s “more fashiony” pieces, the average spend so far comes in around $250 “for a couple of pieces.”

Perfect for posing in, but how much of this kit is actually designed to work? Despite claims by their new Chief Product Officer Tara Poseley that “to-and-from” (as in, items to wear to and from class) is their fastest growing category, Lululemon has always pitched themselves as a performance brand first and foremost – but with many of the new labels crowding this new space, the line is often blurred.

The other high-fashion fitness label on everybody’s lips (and gracing the hips of celebrities like Gwyneth Paltrow and Victoria Beckham, reportedly a newly minted gym bunny) is Lucas Hugh. Creator of the aforementioned $450 leggings, designer Anjhe Mules used to work at Alexander McQueen and most recently created costumes for the movie Hunger Games: Catching Fire. But she has her collection produced in a factory “where they do Olympic research and innovation,” she says, by way of backing up her claim that; “performance always comes first. Each piece is designed specifically with a certain workout in mind, and to empower the wearer.”

She goes on to reel off all the standard performance-wear lingo – “heat-sealed seems, lazer cuts, wicking and quick-dry fabrics, compression support.” Impressive, even if the “hand wash only” care instructions don’t exactly scream “use me and abuse me on the regular.”

But the true test of these new fashion-fitness hybrid brands, surely, will be in the trenches. On first outing, the cut of Ms. Mules Prism print capri pants is immediately far superior to anything I’ve put on to hit the treadmill before – like setting into the driving seat of a Lamborghini when you’re more used to Kia. Think not a hint of muffin top, and strategically placed panels that have an instant slimming effect. Feeling confident, I decide to road test them at The Class by Taryn Toomey, TriBeCa’s latest cult workout, a real killer frequented by the likes of local resident Naomi Watts.

And wouldn’t you know, they’re a hit. Before I’ve even got past the front desk, everybody wants to know where they’re from. “Oh Lucas Hugh,” go the lean ‘n’ mean ladies who lunge. These women know their labels. And maybe it’s the fashion-induced ego boost, but I swear I hit that work out harder, faster and stronger.

Where to get the gear:
Lucas Hugh
The fashionista’s choice, high performance technology meets catwalk in one of the key brands in Net-a-sporter’s launch line-up.
Live The Process
Beautiful prints fuse with flattering shapes and downtown cool in a line that’s rapidly becoming the stylists’ choice.
Michi
Featuring racy cutouts and edgy street styling, this NYC-based “utilitarian active lifestyle brand” is designed for dance floor workouts too.
Noir by Lululemon
The second collection from Lululemon’s Lab design incubator, this edgy collection is designed for layering between workouts. Available mid-July in lululemon stores and lululemon.com.
Viw Active
Straight out of Bondi Beach, this sassy line of high-performance compression wear has just launched in the US.
Vimmia
Ultra-flattering shapes and feminine lace inserts have made this LA line a hit among celebrity hardbodies. 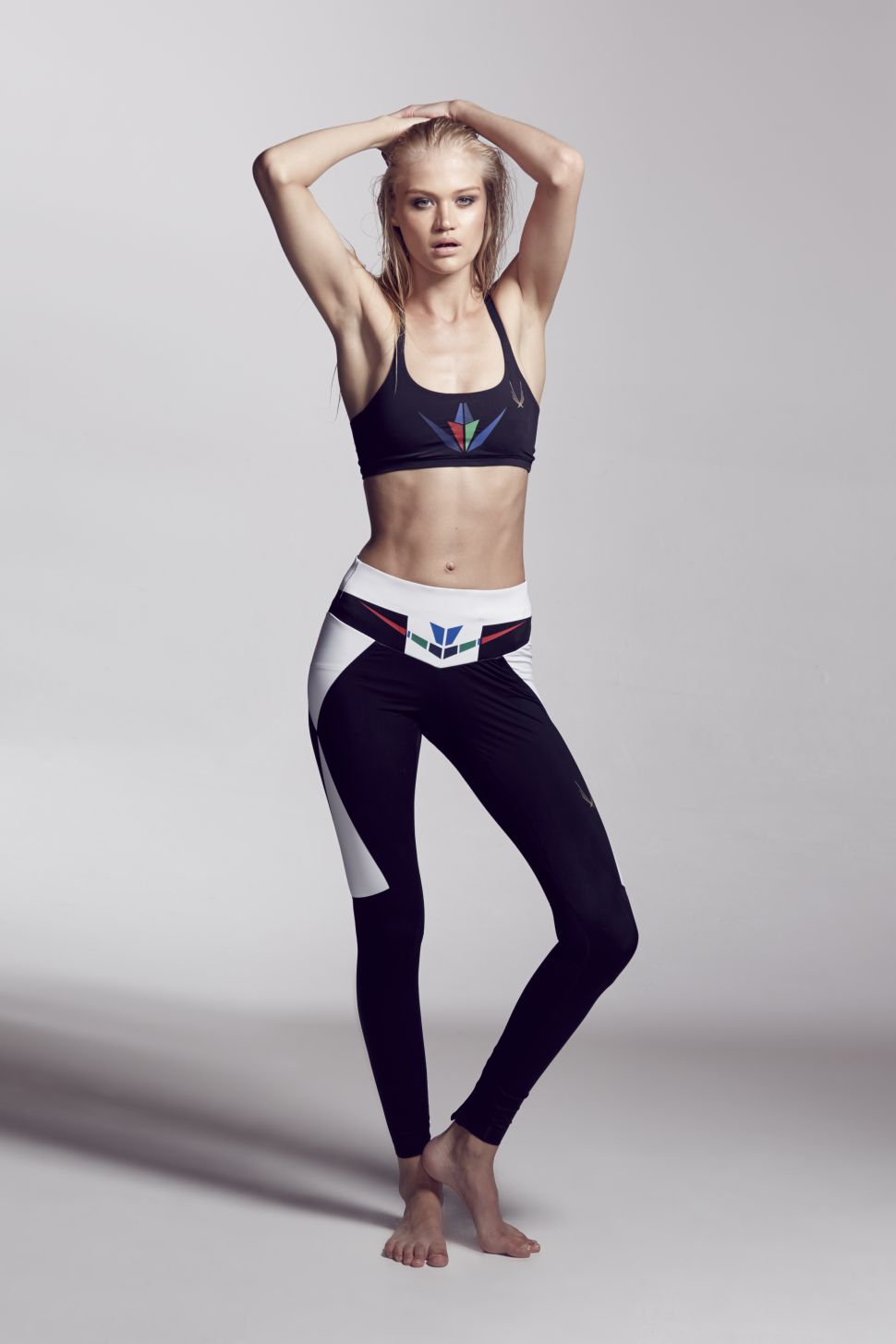