While it’s been a hot issue in many states and among some segments of voters, people in New Jersey haven’t heard much about the Common Core standards for education. But, according to the most recent statewide survey of Garden State residents from Fairleigh Dickinson University’s PublicMind, people who have heard more about the new curriculum standards are much more likely to have misconceptions about them.

Forty-four percent of New Jersey residents say they have heard nothing at all about the Common Core, and only about one-third (32 percent) say they’ve heard “some” or “a lot” about it. Parents are more likely to have heard about them, with 20 percent of people with kids under 18 saying they’ve heard a lot about the standards, compared with just 12 percent with adult children or no kids at all.

This lack of information about the new standards means that most people have not formed an opinion about it yet. A majority (55 percent) say they do not know whether they approve of them or not, and the remainder are split between approval (19 percent) and disapproval (26 percent). Of the people who say they have heard “some” or “a lot” about the curriculum standards, 54 percent disapprove of them, and only 28 percent approve.

“Much of the information that’s been out there about Common Core has been very negative,” said Dan Cassino, a professor of political science at Fairleigh Dickinson, and PublicMind survey analyst. “So it’s not surprising that more information is related to more negative attitudes.”

“The Common Core standards themselves seem fairly innocuous,” said Cassino. “But in the absence of real information about them, people have attached all sorts of controversy to them.”

Most people in New Jersey admit that they don’t know if certain topics are covered in the Common Core, but those who say that they know something about the curriculum standards are often wrong. For instance, 30 percent say that the standards include sex education; only 12 percent correctly say that they don’t. Similarly, 26 percent say that evolution is part of the Common Core, 27 percent think that global warming is included, and 32 percent think that the American Revolution is covered. None of these topics are actually in the standards.

“It looks like Common Core has become a proxy fight over curriculum,” said Cassino. “People are rightly concerned with what’s being taught in classrooms, and they’re putting that concern into their beliefs about Common Core.”

Aside from the specifics of Common Core, New Jersey is divided on the general principles underlying the push to create uniform national standards for Math and English. For instance, residents are split on the question of who should be taking the lead in making education policy. In this question, respondents had four choices: the federal government, state government, local governments, or school officials. For Democrats and independents, school officials were most popular choice, with 39 percent of Democrats and 42 percent of independents wanting them in charge. Republicans were less likely to want school officials in the lead (29 percent), and more likely to want local government to make policy (28 percent). In addition, 14 percent of Democrats think Washington should take the lead, in comparison to 9 percent of Republicans and just 3 percent of independents.

“The question of curriculum control comes down to trust,” said Cassino. “Republicans are less likely to trust teachers, and certainly don’t trust the federal government to control curricula, so local government seems like a good compromise.”

“The divide on Common Core reflects a philosophical divide on how we should be approaching education,” said Cassino. “There’s no consensus whether there should be standards at all, or what should be done with them, so any standards are going to be a lightning rod.”

The Fairleigh Dickinson University poll of 819 New Jersey residents 18 and older was conducted by telephone with both landline and cell phones from July 14 through July 20, 2014, and has a margin of error of +/-3.4 percentage points. 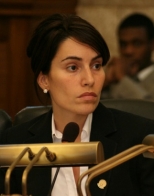