When New Jersey Gov. Chris Christie looked askance at the chances of Republican Westchester County Executive Rob Astorino versus New York Governor Andrew Cuomo, the Democratic incumbent, it wasn’t just the shot that echoed across the Hudson. Instead, the verbal skirmish that ensued could have national repercussions.

Sparks flew after Christie told a scrum of reporters assembled in a Greenwich, Connecticut diner that while he was willing to campaign for GOP challenger Tom Foley against Dan Malloy, the Nutmeg State’s incumbent Democratic governor, in his role as chairman of the Republican Governors Association (RGA), he would not do the same for Astorino in the Empire State.

“We don’t pay for landslides and we don’t invest in lost causes,” said Christie on Monday, referring to a Siena College poll released the same day showing Cuomo with a 37-point lead over Astorino among likely voters. “If the New York race becomes competitive, I’ll consider campaigning in the New York race. But right now, by the public polls, there’s a lot more competitive races like this one in Connecticut where I’ve got to spend my time. That’s where I’ll spend my time – in places where I can make a difference to help somebody win.”

The War of Words Expands:

Astorino responded swiftly to Christie’s comments the next day. Astorino’s laceration of Christie turned into speculation about the reason for the New Jersey governor’s lack of support in Astorino’s fight against Cuomo.

“If Chris Christie is unable to support Republican candidates for governor like me in a neighboring state for whatever reason – because a lot has changed since Bridgegate, I don’t know if there’s a connection with he and Andrew Cuomo on Bridgegate or if Cuomo has something that he’s holding back, information that could be damaging to the governor – if Gov. Christie is unable to help a Republican candidate for governor, maybe he should consider stepping down as chairman of the RGA,” Astorino said, referring to the ongoing investigations focused on the September 2013 George Washington Bridge access lane closures that include an examination of the role of the Port Authority of New York and New Jersey, according to PolitickerNJ.com’s sister publication, The New York Observer. “That’s his job.”

PolitickerNJ.com asked the Astorino campaign if their candidate had met with Christie at the RGA’s summer meeting in Aspen, Colorado on Wednesday, as Astorino had planned.

The answer? “Very briefly,” according to the campaign.

“The Aspen trip made it clear that governors from around the nation will be helping County Executive Astorino become Governor Astorino,” said Jessica Proud, spokeswoman for Astorino for Governor. “It also made it clear that RGA Chairman Chris Christie will not be among them. We can live with that and we will move on.”

The Aspen trip apparently also made clear that other GOP governors would step into the breach to support Astorino. Republican bold-face names willing to back Astorino in the wake of Christie’s diss included Indiana Gov. Mike Pence, Louisiana Gov. Bobby Jindal and South Carolina Gov. Nikki Haley, according to the Astorino campaign.

Also offering Astorino his support was Texas Gov. Rick Perry, a potential rival of Christie for the 2016 Republican presidential nomination, who tweeted out “Glad to be with my buddy @RobAstorino in Aspen” with a photo of his arm around Astorino.

The Verdict: Cuomo by TKO

At first, Christie’s slap at the viability of Astorino’s gubernatorial bid against Cuomo seemed to allow the New Jersey governor to condemn Astorino to the ash heap of campaign obscurity with impunity. Then Christie’s Republican rivals rallied to Astorino’s defense.

Cuomo faced criticism after a New York Times article published this week explored evidence that the governor’s office compromised the activities of the anti-corruption Moreland Commission that he created.

But with his opponent and the prominent Republican governor across the Hudson rhetorically ripping each other to shreds, Cuomo, a potential 2016 Democratic presidential candidate, has every reason to feel that he at least has another four years in Albany sewn up. 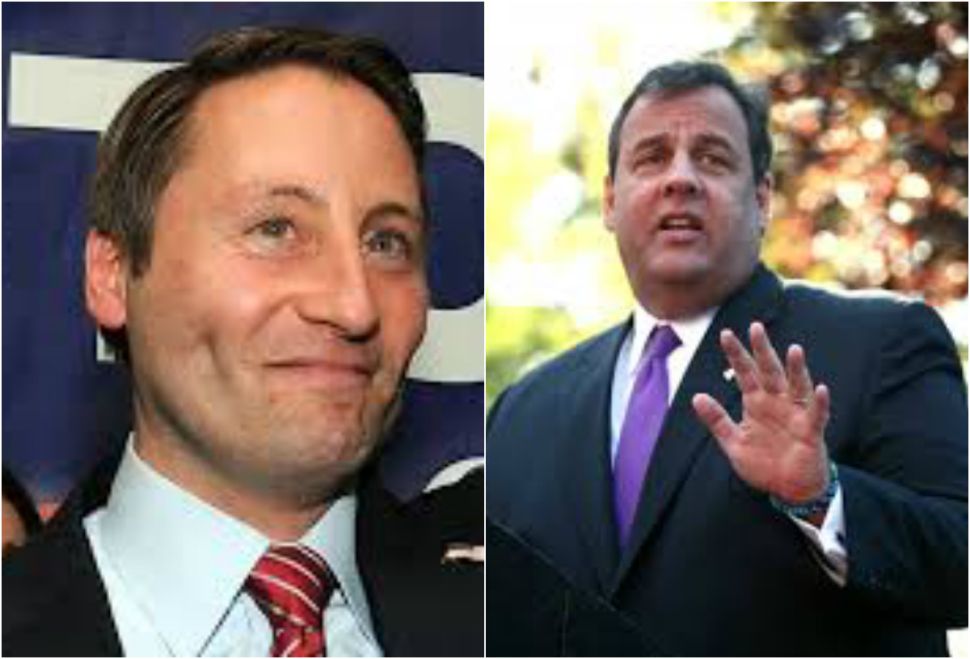