Acting Attorney General John J. Hoffman announced that the former manager of the landmark Tick Tock Diner in Clifton pleaded guilty today to a charge that he attempted to hire a hit man to murder his uncle.  The New Jersey State Police foiled the alleged murder plot and arrested the manager in April 2013.

Georgios Spyropoulos, 46, of Clifton, pleaded guilty this afternoon to a first-degree charge of conspiracy to commit murder before Superior Court Judge Donald J. Volkert Jr. in Passaic County.  Under the plea agreement, the state will recommend that he be sentenced to 10 years in state prison, of which he must serve 85 percent without possibility of parole under the No Early Release Act. In addition, he faces up to five years of supervised release.  Spyropoulos signed a consent order today that prohibits him from ever having any contact with the victim, the victim’s family or any of the family’s businesses in the future.  Judge Volkert scheduled sentencing for Spyropoulos for Sept. 19.

In pleading guilty, Spyropoulos admitted that he hired a hit man to kill his uncle.  He further admitted that he asked the hit man – who turned out to be an undercover detective for the New Jersey State Police – to threaten the uncle first in order to obtain information that Spyropoulos intended to use to rob his uncle of a large sum of money he believed his uncle possessed.

“Thanks to the New Jersey State Police, we have a guilty nephew going to prison, instead of an uncle in a shallow grave,” said Acting Attorney General Hoffman. “Had they not intervened, this murder plot appears likely to have been carried out, because Spyropoulos did everything in his power to set it in motion, including delivering a gun and a down payment to the man he hired to kill his uncle.”

“This guilty plea ensures that Spyropoulos will have a long time behind bars to think about the tragedy that might have resulted from his conduct,” said Director Elie Honig of the Division of Criminal Justice. “Law enforcement did him a favor by uncovering his plot, but he deserves no break when it comes to paying the price for this serious crime.”

“This was an intricate plot driven by greed and jealousy,” said Colonel Rick Fuentes, Superintendent of the New Jersey State Police.  “Spyropoulos wanted a family member tortured and ultimately killed, and he went to great lengths to make that happen.  I am proud of the great work by our detectives and those involved with the prosecution.”

In early 2013, Spyropoulos attempted to hire a hit man to kill his uncle by marriage, Alexandro Sgourdos, who manages the Tick Tock Diner in Manhattan, N.Y., and is a co-owner of that diner as well as the diner on Route 3 in Clifton.  The state’s investigation revealed that Spyropoulos resented the extent to which the uncle controlled and profited from the two family-owned diners.  Spyropoulos wanted to increase his own role in the ownership and management of the Tick Tock Diner in Clifton.  He also wanted the hit man to torture or threaten the uncle to obtain information Spyropoulos intended to use to steal a large sum of cash he believed his uncle possessed.

The plot unraveled because, when he sought help in finding an assassin, the person he approached was an informant for the State Police.  Spyropoulos met with the State Police informant in March 2013 and, in a conversation secretly recorded by the informant, laid out his plot to have his uncle killed. He asked the informant to help him find a hit man to murder his uncle.  The informant alerted the State Police, who arranged for an undercover detective to pose as the “hit man.”

On March 28, 2013, the informant and the undercover State Police detective met with Spyropoulos.  During that meeting, which also was secretly recorded, Spyropoulos agreed to pay the “hit man” $20,000 if he tortured or threatened the uncle to obtain information related to a large sum of cash Spyropoulos believed his uncle possessed, then killed the uncle and disposed of his body.  Spyropoulos wanted the hit man to make sure the victim’s body was not found because he believed there would be less of an investigation if law enforcement viewed it as a missing person case rather than a murder.

On April 2, 2013 the three men met in the parking lot of the Home Depot in Clifton.  Spyropoulos gave the undercover detective a revolver to use in the killing, two photographs of the uncle, a Google map showing the location of the uncle’s house, and a $3,000 down payment for the hit. 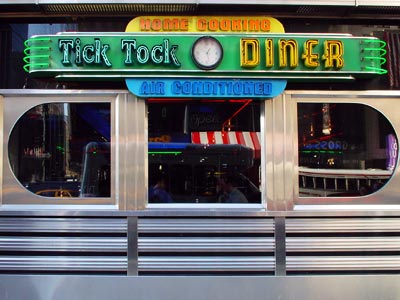