The deal(ish): The hype around the new Kim Kardashian game is causing sudden spike stock price for the game developer, setting stockholders up for a nasty surprise.

We’re not in a tech bubble. We’re just not, and anybody with a decent understanding of market economics can see it pretty clearly. But that doesn’t mean that hype can’t get the best of the market, and set investors up for some pretty public disasters.

The latest impending disaster waiting to happen starts with, of all people, Kim Kardashian.

When we first broke the news that Kim Kardashian was working on a game, we had no idea that it would eventually become one of the most downloaded apps in the nation. The hype has been crazy, and Kim Kardashian: Hollywood currently sits in second place for all free apps on the iOS app store, is fifth highest grossing along with a slew of other freemium games.

“I’m so excited that people are enjoying the game!” Ms. Kardashian “said” to E! Online.

But then, Bloomberg said that the game was set to rake in $200 million, and now investors are suddenly interested. Stock prices have soared, and Glu is trading at prices it hasn’t seen in over five years.

It’s tough to believe that the game alone will bring in almost 200 percent of Glu’s 2013 earnings, which were $105 million, and five times Ms. Kardashian’s $40 million estimated net worth. After all, mobile gaming is a tough industry given to fast-moving trends, and it’s just a matter of time before it all comes crashing down.

Glu Mobile, the company behind the Kim Kardashian: Hollywood functions on a lazy, but not totally uncommon, model of game development. It’s called engine re-use: they have a game engine that serves as the skeleton for the game, and then they clone it over and over with different themes and graphics.

For example, they have a hit game Deer Hunter, but also Deer Hunter 3D, Deer Hunter Reloaded, Dear Hunter 2014, Deer Hunter: African Safari and Dino Hunter — it’s the same architecture over and over again, with minor updates and changes. This keeps development costs low, as it’s much cheaper to hire visual effects designers to reskin a game than to develop an engine from scratch.

It’s tough to find a game in the Glu library that isn’t some kind of clone. In fact, Kim Kardashian: Hollywood appears to be a reskinned version of Stardom: Hollywood, a nearly identical game with no celebrity branding.

Glu also uses reskinning to sell a game to a new demographic: it’s easy to imagine that a few tweaks to graphics and text could result in an Ellen DeGeneres: LA, for those too scandalized by Kim’s sex tape to play the original.

Glu games are free to play, but make money through in-app purchases for upgrades, bonuses and items in the game. We’ve had a little hands-on experience with Eternity Warriors 2, for example, and the game becomes nearly impossible to win at later levels without paying real money for better weapons and items.

But just because a firm has a few hit games doesn’t say anything about its viability in the long run. After all, many publicly traded gaming companies are widely considered to be volatile investments, because it’s the kind of hype like we’re seeing around KK:H that leads to short-term successes.

Since the launch of the Kardashian game, stock prices for Glu Mobile (GLUU) are topping even Bloomberg’s bullish estimates, trading as high as 6.89. In fact, stock in Glu is trading at the highest numbers since shortly after their IPO, when they crashed down into the penny stock range for years.

But in the world of publicly traded gaming companies, that kind of sudden spike is typical, and is usually followed by a dip. After all, trends in mobile gaming move very quickly — every week, a new game is heralded as the new Flappy Bird.

Stock prices of Glu competitor Zynga, for example, crashed shortly after they filed for IPO and have been a roller coaster ride since as investors chase news of hot games and trends. Candy Crush Saga has an addictive model to keep gamers hooked, but as soon as gamers get tired of the various iterations of the game, King Digital will lose two thirds of their gross bookings.

Some games like Clash of Clans and Farmville are staples in the app store rankings, and suggest that games can have long-term viability, but KK:H is nothing like those cases. First, franchise games, or games that are branded against celebrities and movies, are notoriously short-lived when the franchise falls even a little out of the mainstream.

Second, games like Farmville hold on to gamers in the long run by (obnoxiously) pushing players to recruit their friends and allowing them to compete with others head to head. KK:H’s lack of multiplayer or social integration, combined with little end-game content (once you’ve reached peak fame in the game, there’s little to do afterward) distances it from every game that’s seen long-term success.

Nothing about Kim Kardashian: Hollywood suggests sustainability — except for the fact that the Kardashians’ empire has been getting progressively bigger for the past decade. In addition to their reality TV franchises, they’ve found success in fashion, makeup and diet pill lines. It’s not hard to imagine a video game franchise with spinoff after spinoff. Still, the hype around this first game is massive and it has to pop sometime — stocks might just fall with it. 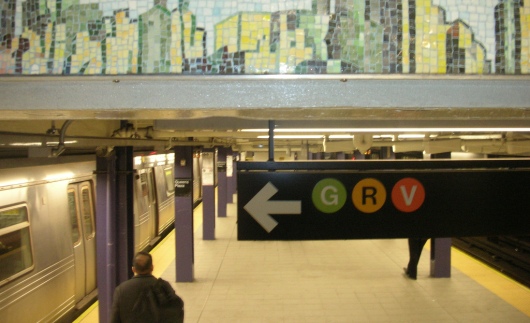