Right about now, David Ganek, the financier and former SAC Capital partner, must be hoping that his luck in the real estate market proves better than his old colleague Steven Cohen’s. With red-faced indignation befitting a disgraced hedge fund manager, Mr. Cohen has been trying unsuccessfully to sell his place in the Bloomberg Tower for a year now, and sources tell The Observer that Mr. Ganek and his wife, the novelist Danielle Ganek, will be putting their duplex at 740 Park Avenue on the market with Serena Boardman and Jeremy Stein of Sotheby’s International Realty as early as Monday, asking in the neighborhood of $44 million.

Then again, Mr. Ganek’s fortunes have generally been better than his co-workers’—while Mr. Cohen and Anthony Chiasson, the co-founder with Mr. Ganek of Level Global Investors, have faced rather unpleasant legal pressure, Mr. Ganek has been relatively unmolested. (He also managed to sell Christopher Wool’s Apocalypse Now—just a fragment of a considerable modern art collection—at a Christie’s auction last November for $26.5 million, $7.4 million more than he paid for his place on Park back in 2005.)

The Ganeks’ sixth and seventh-floor apartment was once the home of Jacqueline Kennedy Onassis and recently underwent a renovation courtesy of Fox-Nahem, leaving the bones of Candela, as it were, fetchingly in place, while bringing the co-op up to the most exacting of modern standards. “Usually when owners do a renovation of this kind, they stay there for 20 years,” a broker familiar with the apartment told us. “If someone wanted to take it to a higher level, there wouldn’t be anywhere to go. This is really a rare bird.”

There are five bedrooms, a state-of-the-art kitchen, staff quarters and the sprawling, imperial entertaining spaces common to old-line luxury co-ops. You know, the kind that roughly resemble hotel lobbies and require maybe three or four living room sets to fill? The good news is that the place comes with an enormous custom bronze bar, so that ought to take up a little room. And the space, naturally, is ideal for buyers with art collections to showcase, though it will be difficult to match Mr. Ganek’s trove, which includes Richard Prince, Diane Arbus, Jeff Koons, Cindy Sherman, John Currin, Mike Kelley and others.

Though 740 Park has generally been exempted from the decline of co-ops in the real estate social hierarchy—there was, after all, that bidding war culminating in a $70 million sale last month—the Ganeks, sources tell us, have felt a southern hankering for some years now, and are headed toward more modern living, in a roughly $28 million pad in the renovated Puck building at 295 Lafayette Street. (Full disclosure: The Observer‘s publisher, Jared Kushner, is the developer of the Puck building.) 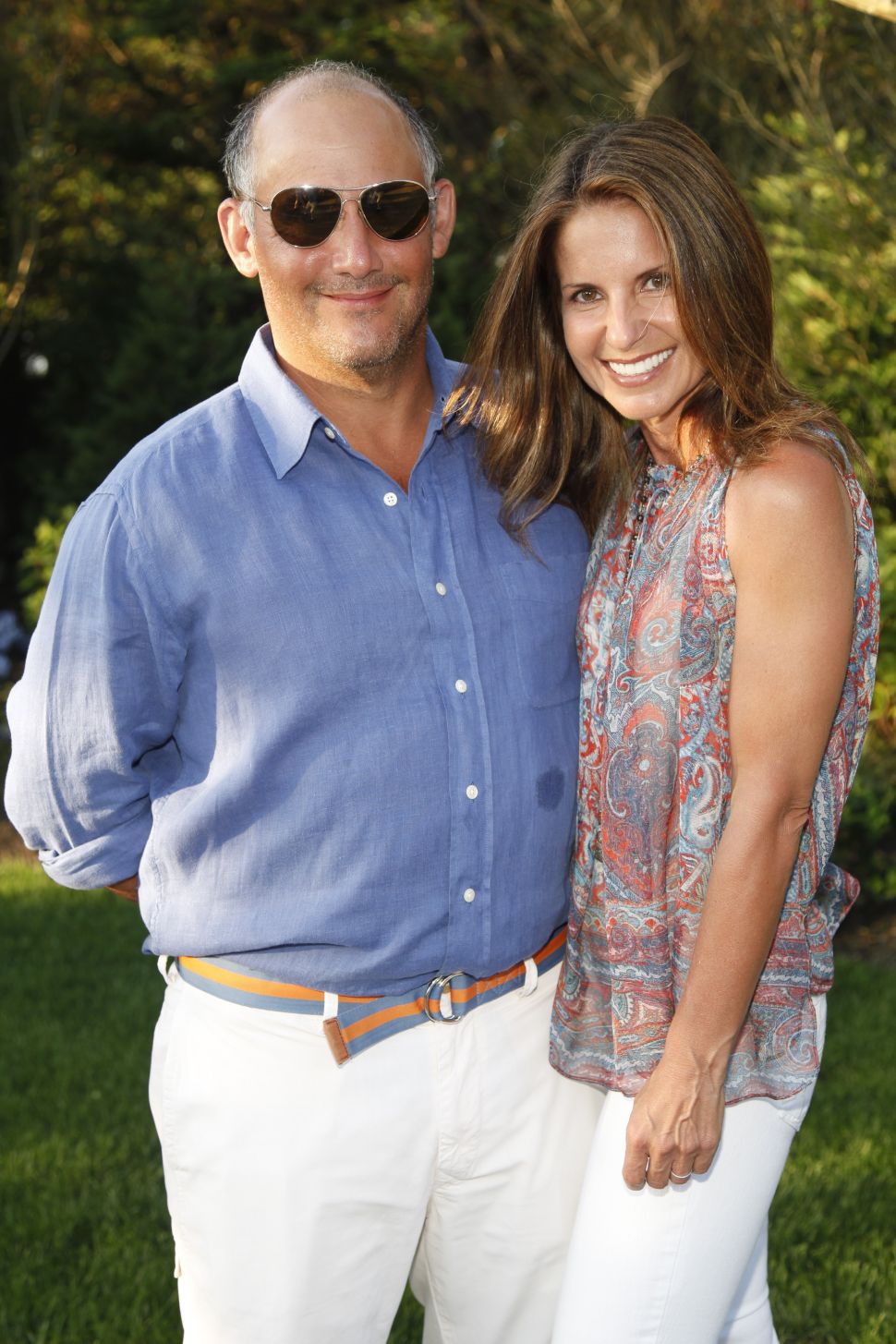