Jonathan Mann — perhaps better known as Song-a-Day Man — is out with a new one that moves beyond the catchy jingles broadcasting his relationship status or search for a roommate. In the Brooklyn-based lyricist’s most recent viral video, he uses his talent to pen a response to a more critical and widespread issue: Monday’s Hobby Lobby decision.

Referring to the five justices who formed the majority opinion as “slut shaming geezers,” Mr. Mann’s 2,007th daily song puts to melody the main points of Justice Ruth Bader Ginsburg’s fiery and badass dissent — probably the most creative response to come out of the controversial case.

“The court, I fear, has ventured into a minefield,” rings the surprisingly catchy chorus in response to the 5-4 Supreme Court ruling that for-profit corporations are not required to provide birth control coverage to their employees if they have religious objections. The songwriter stares straight into the camera as he reminds viewers that “the cost of an IUD is nearly equivalent to a month’s full time pay for workers making minimum wage.”

“I saw the decision come down, and it was blowing up on Twitter,” Mr. Mann said. “I was feeling people’s outrage and feeling my own outrage.” The clip made the rounds on blogs and Chris Matthews featured it on MSNBC’s Hard Ball last night.

“I’m thrilled that it resonated with so many people and also not surprised that there is a huge right wing contingent on my YouTube channel berating me non-stop,” said Mr. Mann.

This is not Mr. Mann’s first foray into taking to song to voice his opinions on a serious political matter — basically nothing is off the table when you have to pen a song a day.

In 2009, Mr. Mann put President George W. Bush’s torture memos to song, taking the lyrics directly from the Office of Legal Counsel’s disturbing descriptions of the CIA’s use of boarding under Mr. Bush’s administration.

“It was sort of like these really grotesque descriptions of boarding and torturing people in this really dry, legal language, so already there was this weird disconnect. And then I took it and made it into song, which is like a third disconnect,” he said.

Though he has not yet heard from Ms. Ginsburg herself, Mr. Mann holds out hope.

“I imagine by now with how far its spread that she’s probably seen it, and I hope she likes it.” 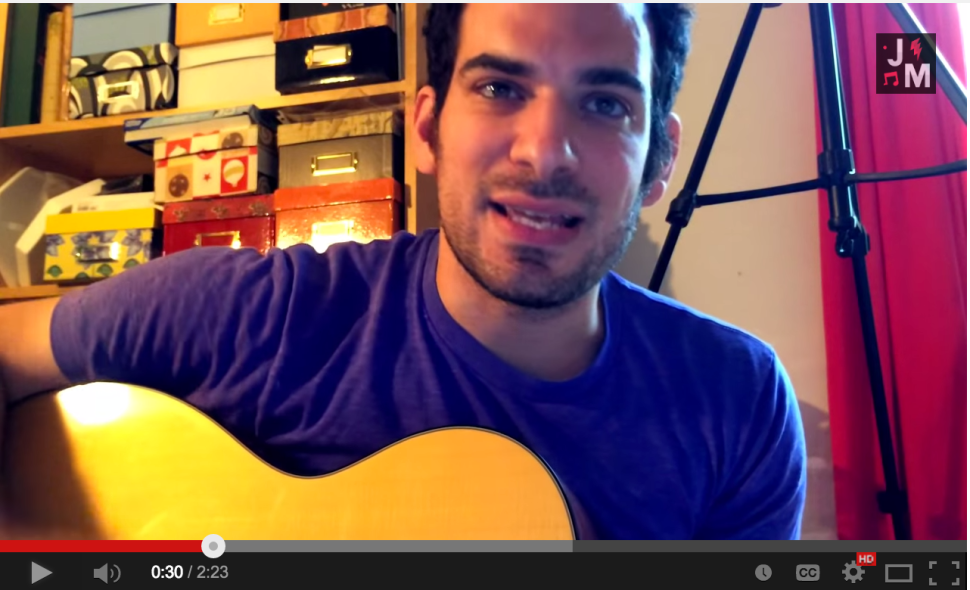