Bronx State Senator Gustavo Rivera is challenging the petitions of his Democratic primary challenger, Councilman Fernando Cabrera, claiming that they are riddled with the signatures of Republicans and individuals who have departed this Earth.

The claim lodged with the Board of Elections today alleges that Mr. Cabrera’s nominating petitions to get on the ballot for the Democratic primary were signed and even carried by members of the GOP–which is not permitted under New York’s partisan election law. Moreover, Mr. Rivera’s camp also charged that a number of Mr. Cabrera’s signatures apparently came from beyond the grave.

“In reviewing petitions filed by longtime Republican Fernando Cabrera, we we were not surprised to find a lengthy list of Republican witnesses and signers. But what did surprise us were all the deceased people who managed to sign his petition–a miracle that the Councilman will certainly have to explain to Democratic voters in the Bronx,” said Karthik Ganapathy, a spokesman for Mr. Rivera, a two-term incumbent.

In looking over Mr. Cabrera’s petitions, the Observer also noted a striking number of similar-looking signatures, mostly coming from a large apartment complex located at 2280 Andrews Avenue. Calls to voters at this address were not immediately returned.

Mr. Ganapathy said that he believed that Mr. Rivera’s camp had enough evidence to boot Mr. Cabrera from the ballot.

“One thing’s certain: these dirty tricks and desperate tactics show that Mr. Cabrera simply does not have enough signatures to make the ballot, or enough support to run in a Democratic primary.”

Mr. Cabrera did not immediately respond to requests for comment.

Although a Democrat, the councilman is a pastor and is known for his socially conservative viewpoints–even participating in events held by the anti-gay marriage Family Research Council with former Republican presidential hopeful Rick Santorum. Mr. Rivera is considered one of the most liberal politicians in the Bronx. 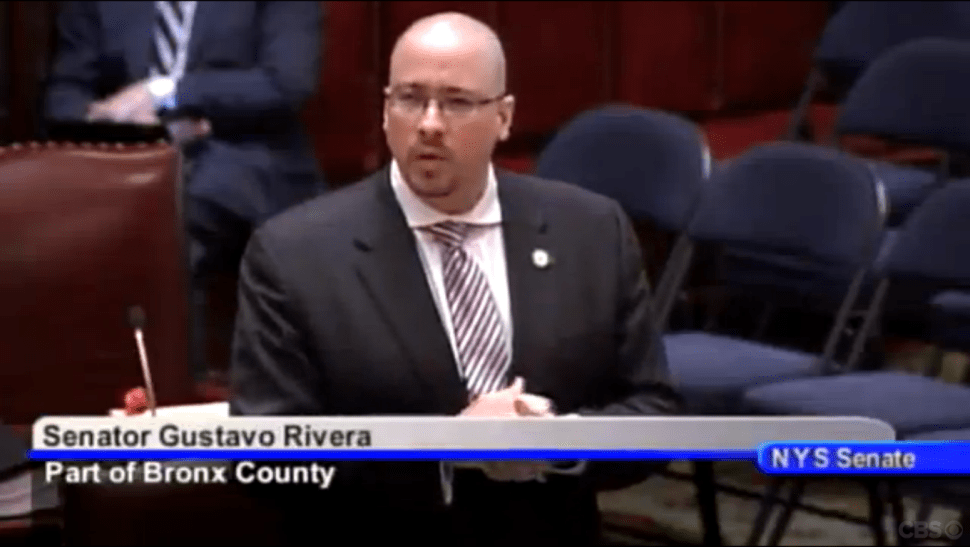