Here’s yet another reason to wonder why you ever worked so hard to find a nine-to-five job.

The founder of ShirtWasCash, a site that prints T-shirts with designs submitted by  users, announced in a recent blog post that he’s already earned $40,159 from his bizarre online company. Now, he’s quitting his day job to pursue Internet-inspired T-shirt making full-time.

ShirtWasCash was born on May 19, when the founder — who goes by the name “anon” — discovered a Reddit thread about a series of t-shirts designed by 4chan users. Anon then created another Reddit thread where people could vote on which 4chan-inpsired shirts they actually wanted to purchase. Once he was able to gauge demand for the different designs — most of which were super gross, tbh (NSFW) — anon found a local clothing manufacturer, and lo and behold, he’d created a weird Internet company.

Now, people can submit new t-shirt ideas to r/shirtwascash, where the designs are voted upon and — if they’re popular enough — get made into real, live freaky-looking shirts.

Besides announcing his huge earnings, anon also said his site has received 259,594 unique visitors and 549,542 page views in the past two months. The Internet must REALLY love shirts that say “DICK BUTT.”

“I have a history in corporate finance and operations at a major casino in Las Vegas,” anon wrote in the blog post. “I am happy to announce that I put in my two weeks notice on Friday to pursue this fulltime and finally leave corporate behind.” 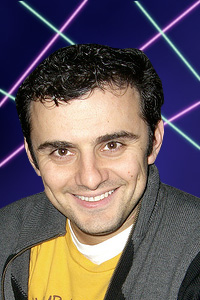