In honor of its 40th anniversary, a monstrous 20 by 20 foot blow-up Rubik’s cube glided along the Hudson River early this morning. Because, why not?

The cube, invented in 1974 by Erno Rubik, a 29-year-old Hungarian sculptor and architect, while Hungary was under Soviet rule, received the most American of all celebrations. It begun its journey at 6 a.m. and passed NYC landmarks like the Statue of Liberty, Ellis Island, One World Trade Center and the Empire State Building.

Cube lovers watched the inflatable toy float by the waterfront promenade of the Liberty State Park at 7 a.m. It then bobbed up the Hudson River towards Hoboken’s Pier A, before looping back to Staten Island at 10 a.m.

The puzzle, which even Mr. Rubik couldn’t solve by himself at first, is the world’s best-selling toy with over 350 million Rubik’s Cubes sold. 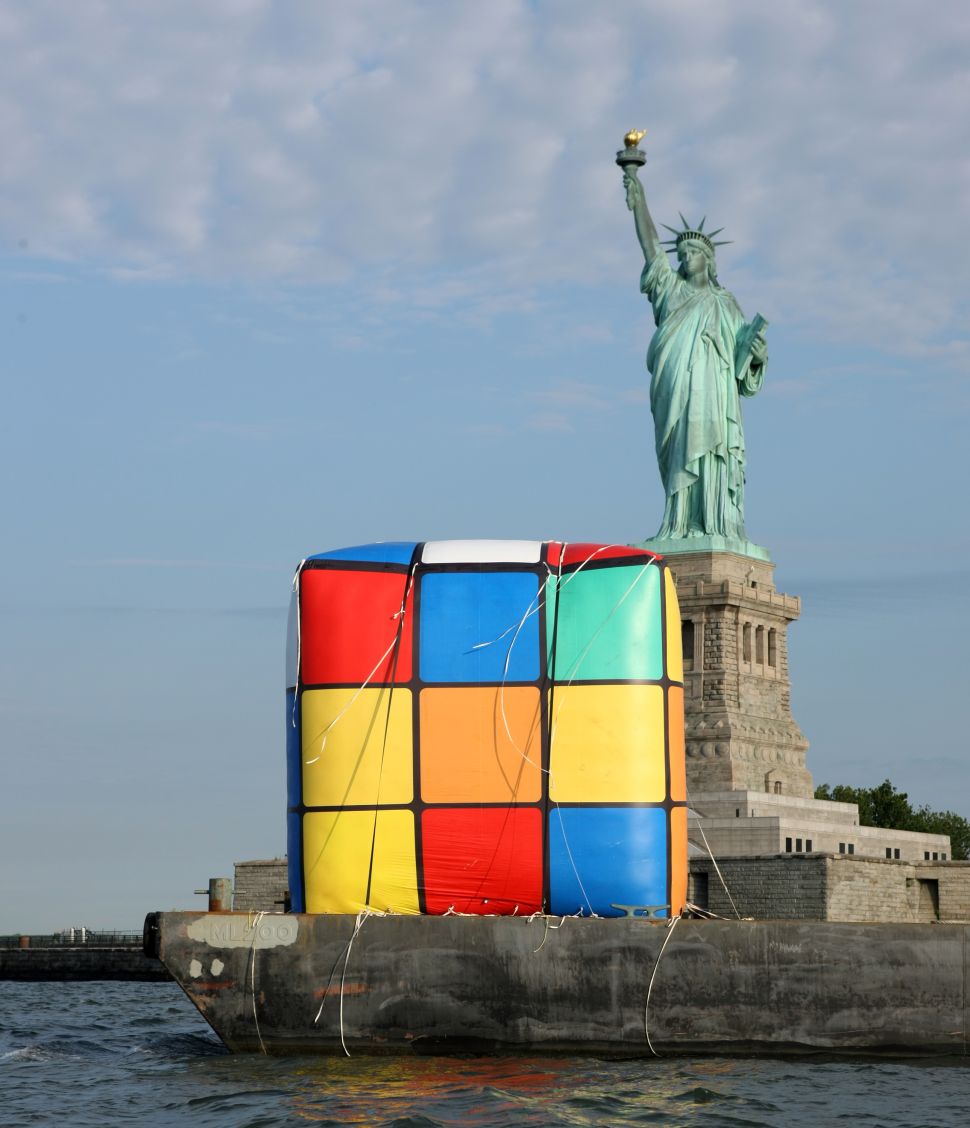