Broadway already has one foot in the White House. Now, the Great White Way is gunning for 2018.

“A Woman on Top,” a new production based loosely on the life of Hillary Clinton, is making its way to the stage.

“I always admired Hillary. I have even more respect after doing research for this show,” composer Rhonda Kess told the NY Daily News. “I’ve always been drawn to stories of women who swam upstream.”

In the musical, divorced Senator Virginia Stanton is campaigning for her party’s Presidential nomination, only to find that her ex-husband will be her competitor as the opposing party’s candidate. Sounds like Hillary alright.

The show is in its early stage and campaigning in its own right to gather funds and support. Starring Wonderland’s Karen Mason and directed by Tony Nominee Dan Knechtges, the production’s industry readings begin next week.

The musical features lyrics by Ms. Kess and Dale Kiken like,“We’re the sisters who never stop… It’s time for women to be on top.” 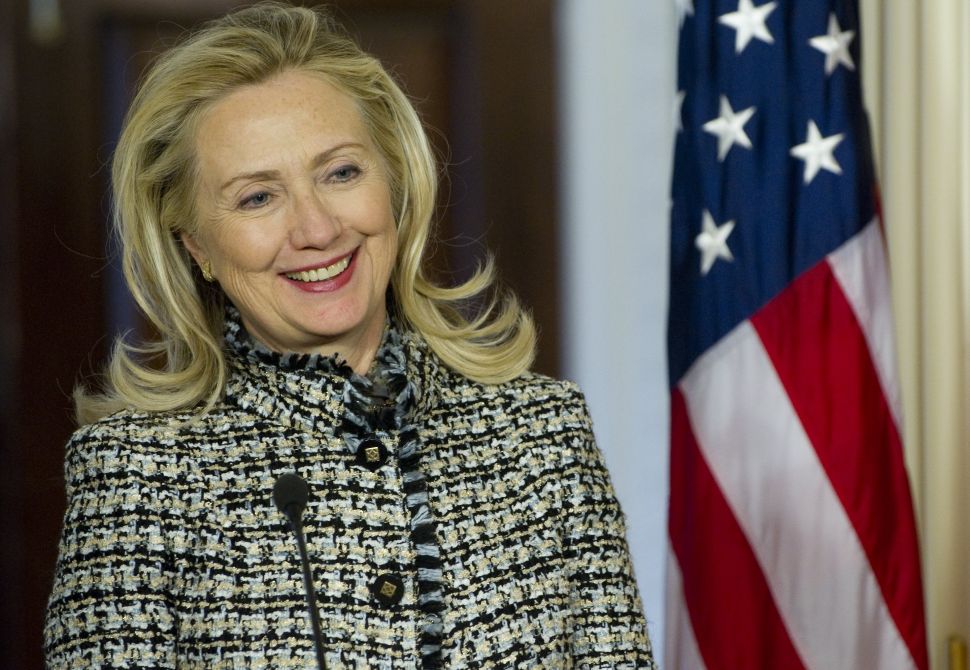