In the mid-1970s, Norman and Eugenia Wiener, a painter and a sculptor who were living in Manhattan on 20th Street, struck a bargain whose tremendous long-term value no one could have predicted, when they bought from the city for just $55,000 a diminutive three-bedroom townhouse in a quiet alcove of Tribeca at 37 Harrison Street. Built on Washington Street in 1828 by Wilson Hunt, who operated a prosperous dry goods concern nearby, the home was subsequently landmarked and constructed afresh on Harrison Street during a period of urban renewal. ”My husband and I liked to walk down to this area,” Ms. Wiener once said of the formerly-bustling market neighborhood. “We used to dream about what it had been like.”

Alas, perhaps some wistful soul of the future will say the same about the neighborhood during the period that Mr. and Ms. Wiener, who are deceased, lived there. Which is to say, an egalitarian heyday when family-sized homes could be had for just $5.5 million, the price for which the Wieners’ estate just sold the property, according to Mickey Conlon and Tom Postilio, who had the listing at CORE.

“When we were first introduced to the property, it was in estate condition,” Mr. Conlon told the Observer. “It had the finishes that the previous owners installed in 1975, not to mention some broken windows and a lot of clutter. The appraisal had been for $3.8 million, but we thought that if you emptied it out and cleaned it up a bit, you could probably do better than that. We priced it at $3.75 million, thinking we’d probably get over $4 million.”

With its quaint Federal styling, three full sun-flooded floors, stone-walled English basement and six (!) wood burning fireplaces, the house offers an environment for family living available practically nowhere else in New York. There are 13.5-foot ceilings with exposed beams, arched original dormers and a private garden that adjoins a row of similar attached houses. Much to the relief of the buyers—who declined to be identified, at least for the time being—is no-doubt the fact that plumbing and electrical systems are very definitely not original. The kitchen and bathrooms, fixtures and finishes will doubtless get amped into the 21st century, but the property did not fail to charm, attracting some 100 shoppers through the doors and, ultimately, 14 bids. (The traffic allegedly included Jake Gyllenhaal.)

Still, Mr. Conlon said, “There were no fistfights. We’ve seen people get mildly hysterical at these kinds of things.” The sellers, Mr. Postilio added, “were beside themselves with joy.” No surprise there. We only wonder whether perhaps the city doesn’t have a townhouse or two for we at the Observer to take a look at. Perhaps something in the $55,000 range? 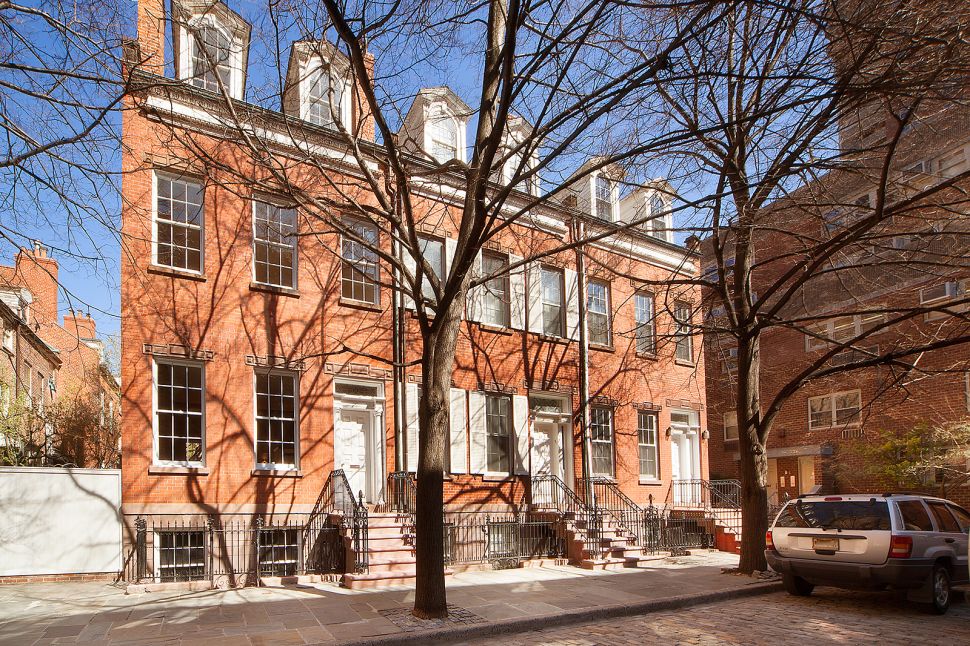