FORDS – Jim McGreevey used to do a lot of Indian community events here in a place called the Royal Albert’s Palace.

Think Poseidon Adventure meets Temple of Doom: a lot of flowing red motifs and gold ornate inlaid embossing and enameling under a central blinding chandelier the size of Apollo 13 dangling from the airport hanger-high ceiling.

The room is so big that despite the light given off by that suspended centerpiece, most of the place remains shrouded in darkness.

American and Indian flags each the size of an Olympic swimming pool hang on either side of a stage where this afternoon Assistant Secretary of State for South and Central Asian Affairs Nisha Desai Biswal sat beside U.S. Sen. Bob Menendez (D-NJ).

Monmouth County Democratic Chairman Vin Gopal was in the house.

“He’s one of our smart ones, by the way – we’re very proud of him,” said Menendez, referring to Chivukula, who irritated the allies of state Sen. Linda Greenstein (D-14) when he ran for the same 12th Congressional District seat that both lost last month to Assemblywoman Bonnie Watson Coleman (D-15).

The first Indian-American to serve in the legislature, Chivukula – as he stood onstage and directed questions to Menendez and Biswal – hardly radiated political roadkill vibes in the aftermath of the June primary when there some talk about the possibility that he wouldn’t be welcome on the Middlesex party line next year.

Sources have backed away from that revenge plotline in the ensuing weeks.

Today, the assemblyman was happy to play the part of pioneering community leader.

“The future of U.S. interests in South Asia hinges on India,” said Menendez. “India is a strong partner in the anti-terrorism effort, and has a central role to play in preserving stability.”

The event ran through the afternoon, and included Menendez upbraiding the U.S. House of Representatives for failing to pass immigration reform legislation, before a thunderous rush for the back of the room and food. 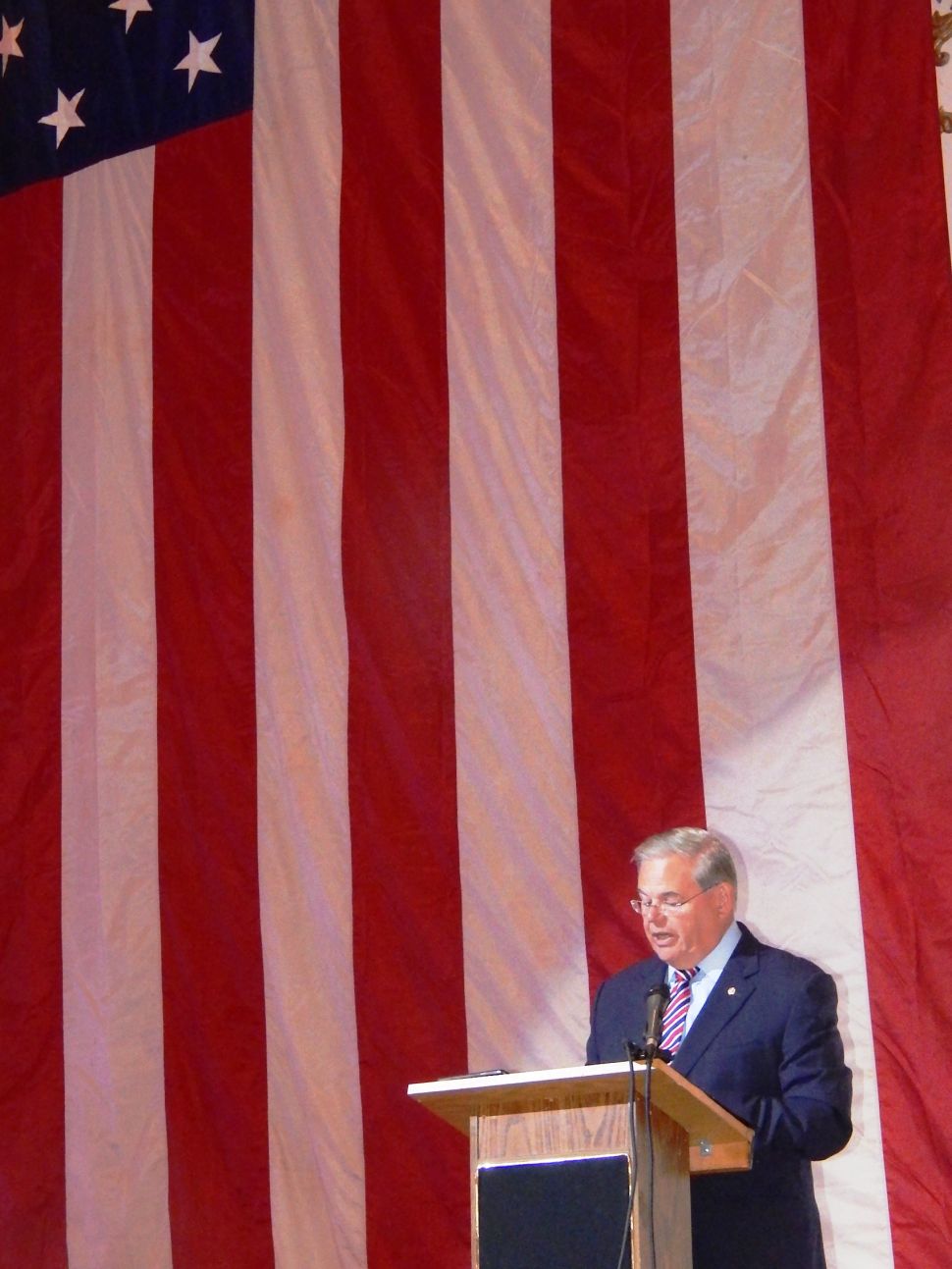