Anthony Campos, the former police chief of the City of Newark who ran afoul of former Mayor Cory Booker, will be the city’s new police chief in the Ras Baraka era, according to a source.

Eugene Venable will be the city’s police director. He had the full support of the city council.

Karen Brown, a former one-term clerk in Passaic County, will be the city’s corporation counsel.

Baye Adofo-Wilson will serve as director of Economic and Housing Development.

Sakina Cole will be Baraka’s director of communications.

Keisha Daniels will be Newark’s director of personnel. 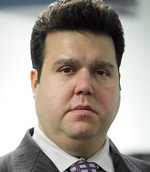