Quick, who is the first name you think of when someone says crowdfunding? We bet it’s Kickstarter. That name has become synonymous with using the crowd to fund projects that would otherwise never see the light of day. But the truth is, crowdfunding really owes its roots to Indiegogo.

They may not have the same notoriety, but Indiegogo CEO and cofounder Slava Rubin is having a great year. They’ve rebranded the site, raised a $40 million Series B, and as of this morning, launched their new mobile app.

Now, there are new laws on the way that will allow for “equity crowdfunding.” This means that when you invest in a crowdfunding project, you get more than a t-shirt and a thank you in the credits — you get an actual monetary stake in the company, the same way an angel investor or venture capitalist has a real stake in the company.

Mr. Rubin has been waiting for equity to become a part of Indiegogo since before they ever launched the platform. But as that time slowly approaches, crowdfunding faces controversy as big corporations start using crowdfunding for major business initiatives.

We spoke to Mr. Rubin at Indiegogo’s NYC headquarters about equity, and why he thinks corporations are perfectly welcome to play around with crowdfunding.

There are smaller players complaining that when big corporations crowdfund, they ruin the indie spirit.

We never created Indiegogo for the little guy. We created it for everyone, little, medium or big. We’re really proud of the fact that Google, Phillips, Honda, Dominos and Warner Brothers were using Indiegogo in its super early days.

It’s like social media over the past 10 years. In 2004, everyone was saying that skateboarders and grunge bands were the only ones on social media, and if you’re a big brand you should stay away. Five years later, not only did that change, but CEOs would get fired for not having a good social media strategy. It’s just a natural evolution.

But part of why you fund a project is that you’re contributing to someone’s dream. You’re not afraid that corporate involvement would make people bitter?

It doesn’t matter though. It’s a useful product. If people want to use it, they’ll use it however they want to use it because Twitter is open. Indiegogo is the same way. Indiegogo is like YouTube, Google. We align ourselves with openness. We let the crowd decide everything. We don’t judge.

Are corporations just dipping their toes into a cool new thing, or are they here to stay?

And soon it might be good business for the little guy, too. Equity crowdfunding is finally right around the corner  — but it’s something you always wanted, no?

We came up with Indiegogo in the Fall of 2006. Two of the cofounders wanted to create a mutual fund to allow anyone to invest in a mutual fund, and vote on what kind of artistic endeavors the mutual fund would invest into. Cofounder Eric Schell came to me like, “You’re always quite nutty, what do you think?”

At that point YouTube was brand new, and I was like, “I think you need to do a little bit of YouTube, but for funding.” I told him that if you’re trying to change the system within the system, it doesn’t work.

Right. Most people who change things have nothing to do with the industry they change. So then we thought, “Cool, we’ll create a New York Stock Exchange-like platform where you can invest in all of these concepts and get money back.”

As part of the process, we were going to come up with this concept called perks that would incentivize you to want to invest.

But now we have perks without a the equity investment part.

Well, very naively, we started coming across things like the Security Act of 1973. And we’re exploring deep, working with lawyers and different states, and it’s starting to get really hairy. So we thought about four reasons why people fund projects: passion, perks, participation and profit. We thought, “We probably shouldn’t go right after number four, because it’s a shitstorm waiting to happen.” We knew in 10 to 20 years, the rules could potentially change.

There was a campaign on Indiegogo in 2011 that was called the “Crowdfunding Campaign to Change the Crowdfunding Law” to raise money to create legal petitions to send to Congress.

In April 2012, when President Obama signed the Jobs Act, Samantha from Emmie’s Organics was on stage at the White House. It was just so cool because there was one of our customers who had raised money with just perks.

So what will happen when you add that piece back into the recipe?

We always thought that if you add the equity piece it’s a total game-changer. Indiegogo will become a multibillion dollar company without equity. It will totally change the world with equity. 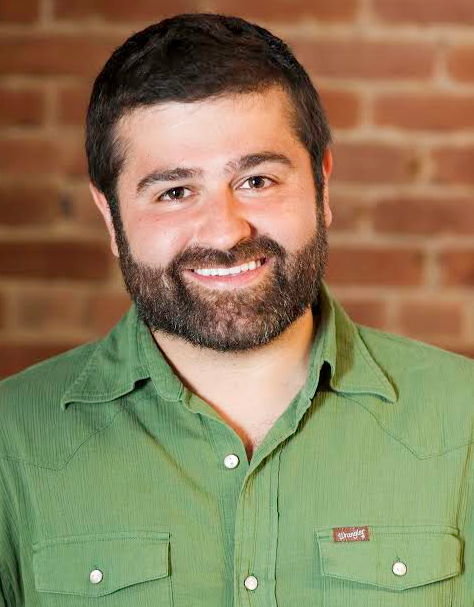