Last night, Instagram leaked word of an app called “Bolt,” a new, unanticipated photo messaging service. Considering Instagram is owned by Facebook, this adds Bolt to the growing portfolio of Facebook’s messaging services, which include Messanger, WhatsApp, Slingshot and Instagram.

It all started last night when a handful of Instagram users started noticing a strange banner ad that led to a dead end in the Google Play store, the Verge reports. A few users started tweeting out the screenshot before the banner disappeared from everyone’s phones:

Did anyone else get this weird bolt notification on their Instagram earlier? pic.twitter.com/SBrLH7qTTK

To be fair, in order to be a real Snapchat ripoff instead of just another photo messaging app, it would have to send dissolvable photos, and all we really know about Bolt is that it’s for “one tap photo messaging.” Either way, this would be Instagram’s second shot at photo messaging — the first being their direct messages feature, which only a handful of users actually care about.

The possible explanation for why Facebook needs yet another messaging app could just be making money. Facebook has ambitious plans for monetizing messenger considering Instagram has had trouble integrating ads. Either way, we’re sure the kids will be happy to have a new way to send each other nude pics and ugly selfies. 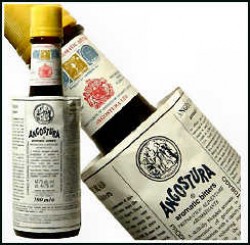