When you hear the words “drones” and “explosions” in the same sentence, your first thought is probably not this amazing video. Shot in the middle of a fireworks display, this video captured by a small, unmanned flying…thing (I’m imagining a little toy airplane with a GoPro on its head, but feel free to use your imagination) went viral over the weekend, because god bless America and how bad can these things, really? Look it’s like we’re in Star Wars! Just one problem. This video doesn’t actually have anything to do with the Fourth of July.

Though uploaded to GoPro’s official account on Friday, the original video, from user Jos Stiglingh, was originally posted on May 13th. The user also hasn’t uploaded any other videos, though the GoPro video said it took place in West Palm Beach. Regardless, it’s totally illegal to fly a drone into a fireworks display. And that close to people’s heads? You’re basically breaking every safety regulation in the firework handbook. And that’s a really small hand, because most of it’s fingers have been blown off by faulty rocket pyrotechnics. Do you know what happens when fireworks go wrong? Do you know what happens when drones mess up?

Not to be a negative Nelly, but as beautiful as this video is, I think I’m going to stick with my safer form of drone patriotism. 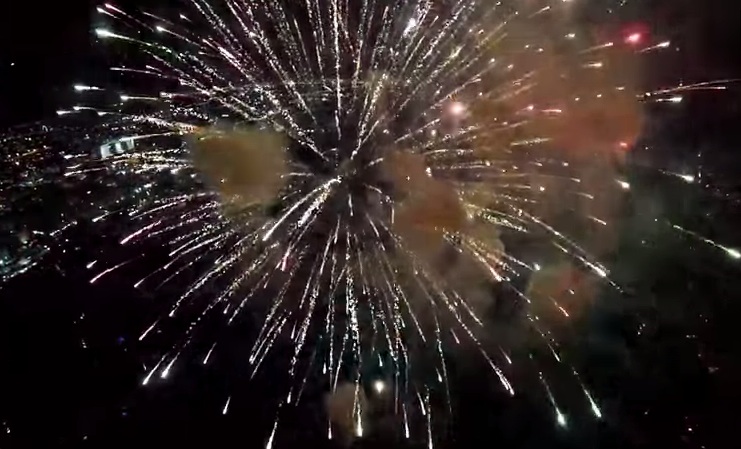