We open with a lizard crawling on Brandon Jenner’s back, and no, I’m not talking about Bruce. The gang is still in Thailand, taking endless photographs of each other (and, in Kim’s case, of herself). Perhaps it’s all this photography that prevents everyone from noticing that Kendall and Kylie are nowhere to be found until halfway through breakfast the next morning.

Everyone is extremely distressed. They could have run away! They could have been kidnapped! Kris saw half of Taken one day when she had the flu and was too codeine-d to change the channel; she knows how these international kidnapping rings operate. The only person who doesn’t seem concerned is Brody, who just wants to finish his breakfast in peace. Okay, but they could have been taken, Kris yells. Okay, but they are still kids, Leah argues. All of this falls on deaf ears. Did Brody miss that morning’s producer meeting?

The whole family piles into vans and suddenly we are in an episode of Law & Order: Kardashians, with Kim running into nearby hotels and showing the staff cell phone pictures of the younger Jenner girls. Meanwhile, Kendall and Kylie are sending Khloe cell phone pics of various beach locations as a…game? A taunt? Kendall and Kylie are horrible teenagers, and to make matters worse, they are horrible teenagers with money. Later in the episode, when Kylie lectures her mother about forgetting the true meaning of expensive vacations or whatever her point is, I wanted someone (LIKE PERHAPS A PARENT) to tell her to can it so badly it was almost a physical longing.

Oh yeah, sorry for the spoiler—Kendall and Kylie are eventually discovered getting massages and, having successfully ruined half a day for everyone in their family, allow themselves to be taken back to the resort. Exciting stuff!

Unrelated: is Khloe wearing a necklace that says “Steve” during her interviews this season? And what do you think Kanye was doing on the other end of the line when Kim called him to let him know the girls were “missing”? The next day Bruce’s insatiable need for Vacation Activities means the whole family is taking a yacht to these cave-islands offshore that they are able to explore via kayak. The caves are so beautiful that Kris forgets to be furious at Bruce for constantly making her fly above the ground on a zipline or hang out in a body of or anything else not conducive to shopping.

Back on the yacht, Brandon does an uncanny Bruce impression while explaining the definition of the phrase “half chub” to underage family members. Kris is brought up to speed on the saga of Brody being traumatized by walking into Kim’s sexy photo shoot. Would he have been more or less traumatized if he had borne witness to an assistant (pun intended) carefully applying sand to Kim’s bikini-clad ass, as we were all fortunate enough to see last night?

Kris posits that Brody has had a crush on Kim since they were kids, at which point Brody reveals that when they were just a couple of non-famous hormonal step-siblings, Brandon and Kim once kissed. I know that nothing is real on this show, but the equal parts creepy and embarrassed smile from Brandon suggests to me that this might be one of the show’s moments of truthiness. Brody decides, with Leah’s encouragement, to seek revenge by arranging for Kim to walk in on him reclining in bed naked but for a strategically placed eucalyptus leaf. Kim pronounces this “disgusting,” makes fun of Brody’s shorts tan and takes a bunch of pictures, so I’m not certain that it had the intended effect.

With Kendall and Kylie safe and sound, the caves explored and the half chubs avenged (such as they were), Brody and Khloe have an extremely inebriated and sweaty conversation about What To Do About Rob. I find the mix of clearly made-up conflict (Kendall and Kylie going “missing”) and discussions of actual issues (the vague “problems” plaguing Rob) on this show fascinating. Between Kendall and Kylie’s antics and Rob’s personal issues, Khloe seems exhausted. It must be tough to go from being the keeper of Lamar’s many secrets to the keeper of her brother’s.

Of course, the rest of the family is preoccupied by the vicious squabbling between Kris and Bruce. Even though the major disagreement between them comes down to a difference in vacation styles and could easily be solved by not insisting that the family do every single activity together, that solution has eluded the patriarch and matriarch of the Kardashian klan, and they haven’t been able to stop sniping at each other. Prompted by the aforementioned lecture from Kylie, or perhaps motivated by Kendall’s sudden alarming appearance at dinner dressed as a character from The Craft crossed with a wax figurine, Kris and Bruce agree to stop being horrible jerks to one another. I love a happy ending!

…I may have spoken too soon. Khloe decides that she’s not having a great time in Thailand and looks for an earlier flight so she can get home early and check on Rob. Kim is Not Having It. She repeatedly describes herself as a “tough love” type of person, when what I think she really means is that she does not care. In fact, it’s not enough for her not to care about what her younger brother is going through—it’s actively offensive to her that it matters so much to Khloe.

Khloe protests that she wants to go home because she is not having a very good time on this vacation. Kim counters that she thinks Khloe really just wants to get back to the “50 rappers [she’s] dating.” Oh, it is ON. Instead of commandeering a yacht and drowning Kim inside one of those caves the family visited, Khloe purses her lips. To be continued!

Next week: Kim is nice to kids! 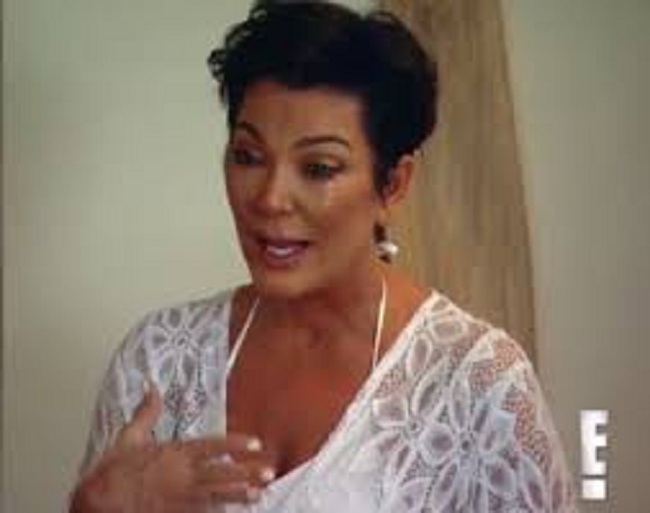