The opening of Kiehl’s new Nolita store July 10 was also the unveiling of their latest charitable venture, a collaboration with artist Marilyn Minter.  Kiehl’s, known for their community-minded, donation-based ethos, approached Ms. Minter and asked her to design a permanent installation for their store. In turn, they would donate $20,00 to a charity of her choice.  Ms. Minter, following a series of controversial Supreme Court rulings, chose Planned Parenthood, a cause that she ardently supports. “Why is it so hard to wrap your brain around the idea of contraception being accessible to young women?” she asked the assembled throng. Ms. Minter’s installation features classic Kiehl’s products captured through her idiosyncratic lens. The most striking image is Mr Bones, a photograph of Kiehl’s famous skeleton symbol. Daubed with glitter, it has a string of pearls clutched in its mouth. When asked about the collaboration, Chris Salgardo, CEO of Kiehls’s, explained —“Kiehl’s is trustworthy—it is honest, it has integrity and authenticity. I see the same thing when I see Marilyn’s work.” 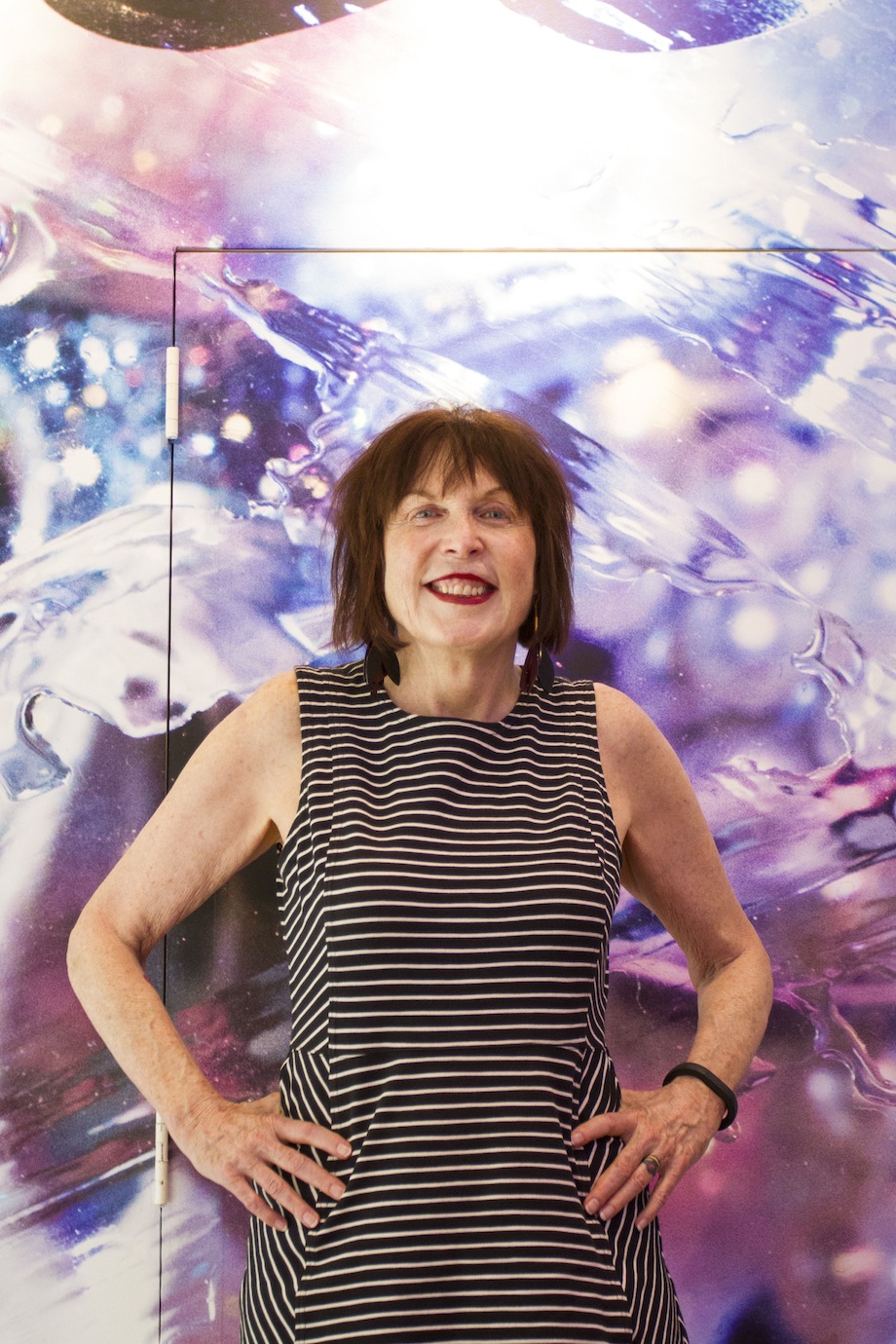