So Bryan Fuller’s beautiful nightmare-scape Hannibal dropped some amazing scoops out of Comic-Con today. Such as: The return of Eddie Izzard! (Who was killed last season to frame Dr. Chilton but who even knows with this show); the return of Dr. Chilton (who was SHOT IN THE FUCKING FACE, COME ON!); the possibility of Clarice Starling popping up (as soon as Fuller gets the rights from MGM); and the reveal of several key characters from the books appearing next season, including Francis Dolaryde (Red Dragon), Lady Murasaki (Hannibal Rising) and Inspector Pazzi (Hannibal).

Time for a round of DREAM CASTING! Appeared in: Red Dragon
What’s his deal? Grandmommy issues, hairlip, fake teeth, giant back tat, eats a painting at one point (???), sets Freddy Lounds on fire in a wheelchair, obsessed with William Blake, stalks and kills entire families, seemingly at random. Works in film, in love with a blind chick. Nickname: The Tooth Fairy
Who should play him? Jack Huston Maybe we’re just thinking Boardwalk Empire casting because Michael Pitt KILLED IT last season as Mason Verger. But Jack Huston’s portrayal of Richard Harrow, the deadly, possibly somewhat autistic sniper with half a face, was suffused with such genuine warmth and compassion that you couldn’t help but root for him. Dolaryde, while way more of a psychopath, becomes more sympathetic in his love for the blind Reba McClane, much like Harrow was “saved” by his love for Tommy and Julia. Mr. Huston would do a fantastic job with the internal conflict between man and monster. Appeared in: Hannibal Rising
What’s her deal? Hannibal Lecter’s Japanese aunt, whom he was involved with (sexually!) as a teenager. After being sent to live with her in France, Lecter commits his first act of murder when he dismembers a butcher who insulted Murasaki. She helps him escape so he can keep going on his killer rampages. Let’s say there’s a lot of there, there.
Who should play her? Joan Chen The Chinese American actress is best known to Twin Peaks fans of Josie Packard, so you know she can play both innocent ingenue and seductive temptress. She’s a little too young to play an aunt–Mads is 48, and she’s only 53–but as long as her character doesn’t exist solely in flashbacks, we’d love to see Chen give her own flavor to this somewhat opaque character.

Appeared in: Hannibal
What’s his deal? Stupid and selfish detective in Florence who decides to go after Lecter alone in order to get the bounty Verger has put on his head. It um, doesn’t go great for him.
Who should play him? Nestor Carbonell The next season of Hannibal will take place two years after the end of the last episode, where we saw the good doctor on a plane to Europe with his therapist (Gillian Anderson). In order to get Lecter back with Will Graham, there will probably need to be some European Vacation-style antics, and who better than this guy, whose face you recognize from everything! (The Dark Knight, Lost, Bates Motel.) I know he’s not Italian, but look, I was really pulling for him to play Prince Oberyn before Pedro Pascal knocked it out of the park, so this could be how he makes it up to me. Appeared in: Silence of the Lambs, Hannibal
What’s her deal? Sheep nightmares.
Who should play her? Maisie Williams The 17-year-old who plays Arya Stark is not only reminiscent of an early-career Foster, but if we’re still a couple years away from Hannibal’s capture, she even fits, age-wise. Starling was still in the FBI Academy in Silence of the Lambs, and at that point Lecter’s already been locked up for a good couple years. (Long enough for Will Graham to apprehend him and come out of early retirement to consult with him on Red Dragon.) We’d love to see Williams as a young Clarice having some accidental encounter with Hannibal and his crew, but we’re guessing Game of Thrones already keeps that actress busy with enough gore for one lifetime. 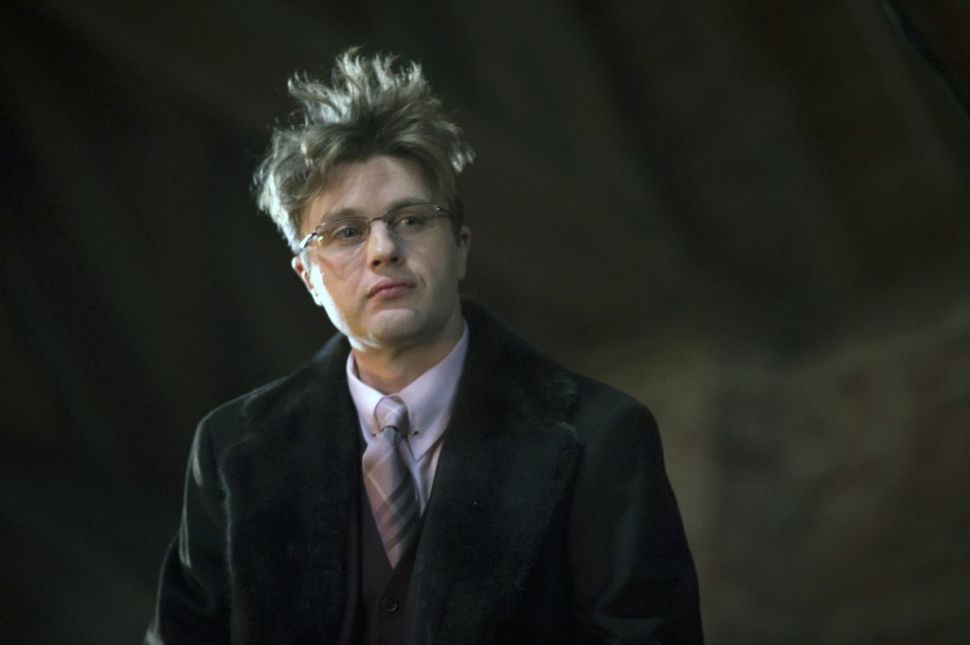