The first time I had a wine from Jura, the small French region about an hour east of Burgundy, it was on the recommendation of a bartender at Lafayette. The next time was at Daniel, where the sommelier directed me toward a hard-to-find bottle of trousseau from Jean-François Ganevat.

As intriguing as the wines themselves was the reaction each elicited from my various alcohol spirit guides. Beyond the de rigueur insight, I detected genuine excitement, an earnest geekiness to take a nonbeliever into the fold of Jura, a footnote region whose weirdo products were once written off as trifles by oenophiles, before emerging as the beverage-industry insider’s drink of choice.

“It was a joke region. You could talk about the entire history of French wine and not cover the Jura and probably no one would notice,” said Tim Farrell, wine buyer at Brooklyn Wine Exchange, the excellent shop on Court Street, when we met for lunch at nearby Rucola, for an impromptu tasting. “It’s that obscure—or at least until recently it was.”

The first bottle Mr. Farrell opened was a poulsard—which is one of the unique red grapes of Jura (the other being trousseau)—made by Jacques Puffeney, who works under the Arbois appellation and is so revered he’s referred to as the local “Pope.” (Unlike most regions, it is advised to taste Jura’s reds first and then move on to the whites.)

“Because it’s a cooler region, red grapes struggle to ripen, so you could never make a big massive extracted wine out of it,” Mr. Farrell explained, holding up a glass to demonstrate the wine’s translucency. “Good poulsard should be light in body but big in flavor.” He took a sip. “Easy drinking, good acid—this wine tastes very fresh to me.”

Part of what makes Jura wines so exciting to Mr. Farrell, a former food writer, is that each has a distinctive taste profile, a result of the multiple Earth-moving geologic periods that formed the Jura mountains, while exposing a unique set of limestone and marl in the valley areas where wine is now produced. “A few years ago, I may have thought that Jura as a category was being weird for the sake of being weird,” he admitted. “But when you taste 150 wines a week, you start to realize a lot of stuff can taste the same. The game is to find wine that tastes like where it’s from—it’s the whole notion of terroir.”

Next up, we tried a white made from the savagnin grape, produced by Les Granges Paquenesses, called La Pierre, which some might mistake for a white Burgundy. Unlike most of Jura’s savagnins, this wine, which has only been available in the city for a few months, is topped off in the barrel, as liquid evaporates. Therefore, it does not undergo an oxidative process, when yeast is allowed to form a veil within the barrels, resulting in strong sherry notes. “Those white are very powerful, very jarring for people who haven’t had it before,” said Mr. Farrell.

The most famous of Jura’s oxidative wines—the most famous of Jura’s wines, period—is called vin jaune, or yellow wine. It is also the most expensive, partly because it has to be aged for a minimum of six years. Not willing to part with a nearly-$100 bottle, Mr. Farrell brought along an example of what he deemed “baby vin jaune” instead—in this case, from Philippe Bornard—which is taken out of the barrels before it can legally carry the vin jaune banner.

This was a good introduction, according to Mr. Farrell, not only because its producer represents the “avant-garde” of natural winemakers, but also because the bottle is significantly cheaper than fully-aged vin jaunes. As we sniffed our glasses, Mr. Farrell seemed to gauge my reaction. He cautioned, “That’s not your typical lunchtime white.”

So why are these idiosyncratic wines enjoying such a surge in popularity? Mr. Farrell has a theory. “Chefs are becoming more active in wine lists, and they get very burnt out on flavor,” he said. “I find that chefs are quite interested in the flavors of Jura, because they’re so unique.”

Another, more basic reason, he suggested, is price point. “There’s something about Jura that reminds a lot of people of Burgundy,” he said. “They share two of the same grapes—chardonnay and pinot noir—and they’re not that far apart, but Burgundy has become prohibitively expensive, whereas Jura was always its own little secret thing, where all the wine was drunk there.

“They’re like bizarro regions,” he added. “And for a lot of people, Jura is the new Burgundy.” Les Granges Paquenesses Savagnin “La Pierre” 2011, $28
“I would do this with heavy fish dishes, like lobster or baked crab. Trout can also stand up to over-the-top whites.”

Philippe Bornard Savagnin “Les Marnes” 2006, $42
“If you’ve read about vin jaune but don’t want to invest all that money. I would drink this with cheese.”

Domaine Overnoy-Crinquand Crémant du Jura Rosé, $32
“Crémant is any wine that’s made Champagne style that’s not from Champagne. This is poulsard, so it’s more unusual. A wine like this with a little sweetness is great with spicy food.”

Jacques Puffeney Poulsard Arbois 2010, $26
“Pairs well with charcuterie. You want something with heaviness so the acidity in the wine can lighten it up.” 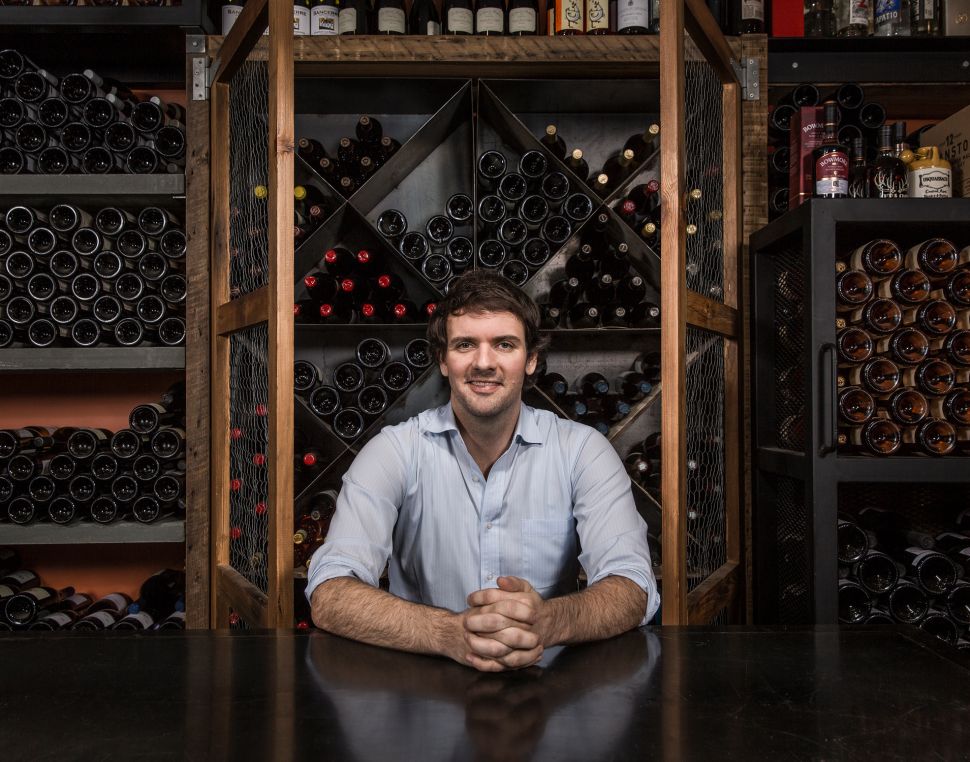