Gov. Chris Christie is hours away from his appearance in a Connecticut diner at the side of Republican gubernatorial candidate Tom Foley.

Foley wants to finish what he started in 2010, when he came within about 6,000 votes of beating Democrat Dan Malloy, Connecticut’s sitting governor.

As Christie bears down on his event with Foley this evening, Malloy’s allies launched a counter strike.

“It takes a lot of chutzpah for Governor Christie to insult the families of Newtown one week, then fundraise in their state the next,” said Democratic Spokesman Devon Puglia. “He couldn’t find the time to meet with the families of Sandy Hook victims when he vetoed commonsense gun legislation, but he can come to Connecticut to raise money for Tom Foley, another opponent of our smart, strict gun law? It’s insulting – and Tom Foley should denounce Governor Christie’s reckless actions and insulting comments towards Newtown families.” 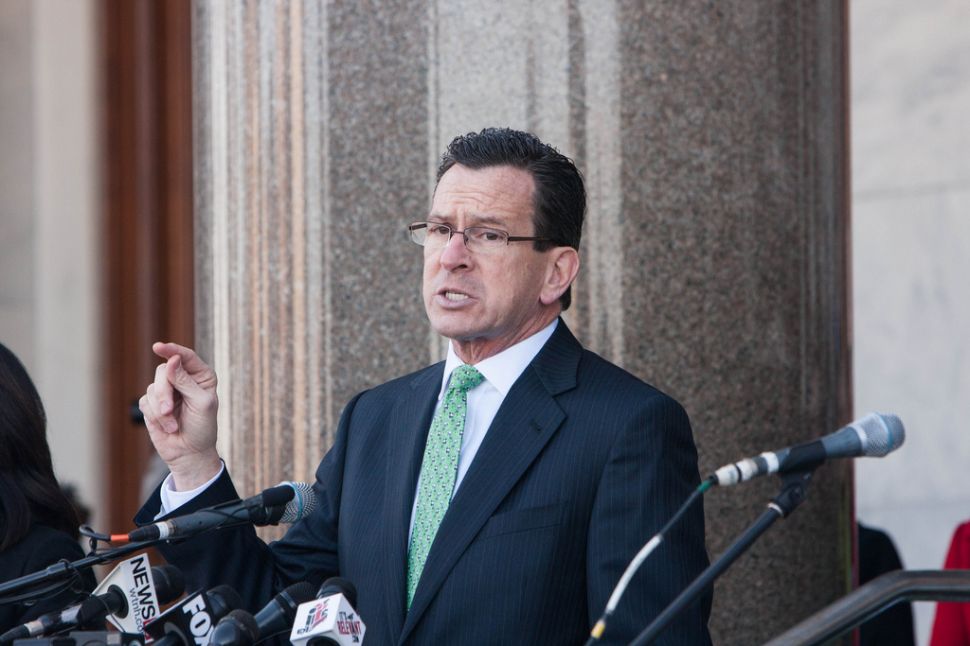