What’s that golden rule to follow when you’re on the run from the law? Draw as much attention to yourself as possible, obviously.

One nonsensical man was arrested the day after bragging that he’ll never be caught on the Facebook page of his county police department.

Last week, Roger Ray Ireland, 28, was the subject of Anne Arundel county police department’s “#WantedWednesday,” a weekly initiative to generate more tips. Mr. Ireland’s photo was posted on Facebook and his friends and family were tagged in order to help find him.

The Baltimore man, wanted for violating his probation, rebutted with his own post which he so cleverly put on the Facebook page of the very police department that was searching for him:

“LMAO all u cowards telling [expletive] can’t catch me with these [expletive] help Yall will never catch me,” he wrote, according to Fox News.

““Yo all yall people tagging my hole family bout my bi stay…out my bi…get yall [expletive] 2gether b4 u find room 2 speak bout mine im out on 3 bails,” according to Fox news.

By Thursday, the police department had numerous tips regarding Mr. Ireland’s location and was able to arrest him in South Baltimore. They were click to take their gloating Facebook as well.

This is only one of few recent arrests related to social media. Last week, a young women was arrested for theft after posting a photo of herself wearing the distinct, stolen dress.  Only days before earlier, a 13-year-old girl was arrested after posting that she was going to “kill everyone” on Facebook. 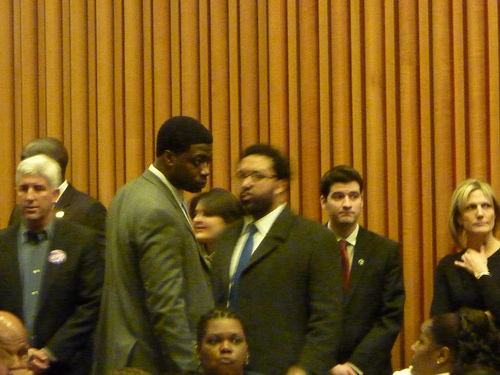