First, some backstory! Richman recently lost a ton of weight, which is admittedly impressive for someone who eats for a living. Because this is 2014, Richman posted a picture of himself in way-too-big pants on Instagram with the caption “Had ordered this suit from a Saville Row tailor over a year ago. Think I’m gonna need to take it in a little…. #Victory #EyesOnThePrize #AnythingIsPossible #fitness #transformation #thinspiration.” Now, besides hash-tagging like prom was tomorrow and he needed to buy a new dress, the post offended some for totally different reasons. The term “thinspiration” is a popular one in the “pro-ana” community, where people promote eating disorders and starvation as a genuine weight loss technique.

Instagram user @quadcitygirl was one of many who took offense to the term, calling Richman out. Richman, showing his propensity for abbreviation and douche-baggery, responded with “DILLIGAF?” For those who aren’t as savvy as Mr. Richman, that stands for “does it look  like I give a fuck?” (Note: I can’t speak to the degree of his “giving a fuck” in his pictures, because all of this has since been deleted)

And then, like the inevitable bathroom trip after eating a 72 oz. steak, the shit really started to fly. Here are some choice quotes from Richman’s rant, luckily captured and posted to XOJane by someone involved.

To @vociferoustart: “Maybe you should check my subsequent post you fool. And maybe you’ll acknowledge that just because someone is on TV, they are no less worthy of human kindness, respect, forgiveness or patience. So go on, be vindictive, email my responses, because that’s what good people do right? Give me a fucking break. If anyone acts like a cunt, I’ll call them one. It’s not misogyny, it’s calling a spade a spade.

To @_bechen: No – I legitimately don’t give a fuck about haters & close minded internet loudmouths like you. At all. And don’t come to me with childishness when a hashtag throws you into a tizzy of posting comments like “never watching you again.” Seriously, grab a razor blade & draw a bath. I doubt anyone will miss you.”

To @thefattestfox: “oh eat a bag of shit dummy. No apology is coming. If it inspires someone to attain a healthy, thinner body — then that’s what it was meant to do. Only fuckup it seems is your Dad’s choice to go without a condom.”

Jeeeeez. Needless to say, Richman’s new show Man Finds Food, which was supposed to premiere today, has been “postponed indefinitely” by The Travel Channel.

Listen, I can give him the benefit of the doubt about the #thinspiration thing, because before this I had no idea where that came from (or that it was a thing). But taking it to that line, and then leaping over it with the “telling people to kill themselves over the internet” approach is where he lost me. It’s never a good thing to look like Random Youtube Commenter #546 when you have a show premiering on a popular network. Maybe next time, Mr. Richman should try and GAF about his responses.

(PS: I’m a little happier now that I was there when Mr. Richman failed the Grease Trucks challenge at Rutgers. My roommate did that like four times) 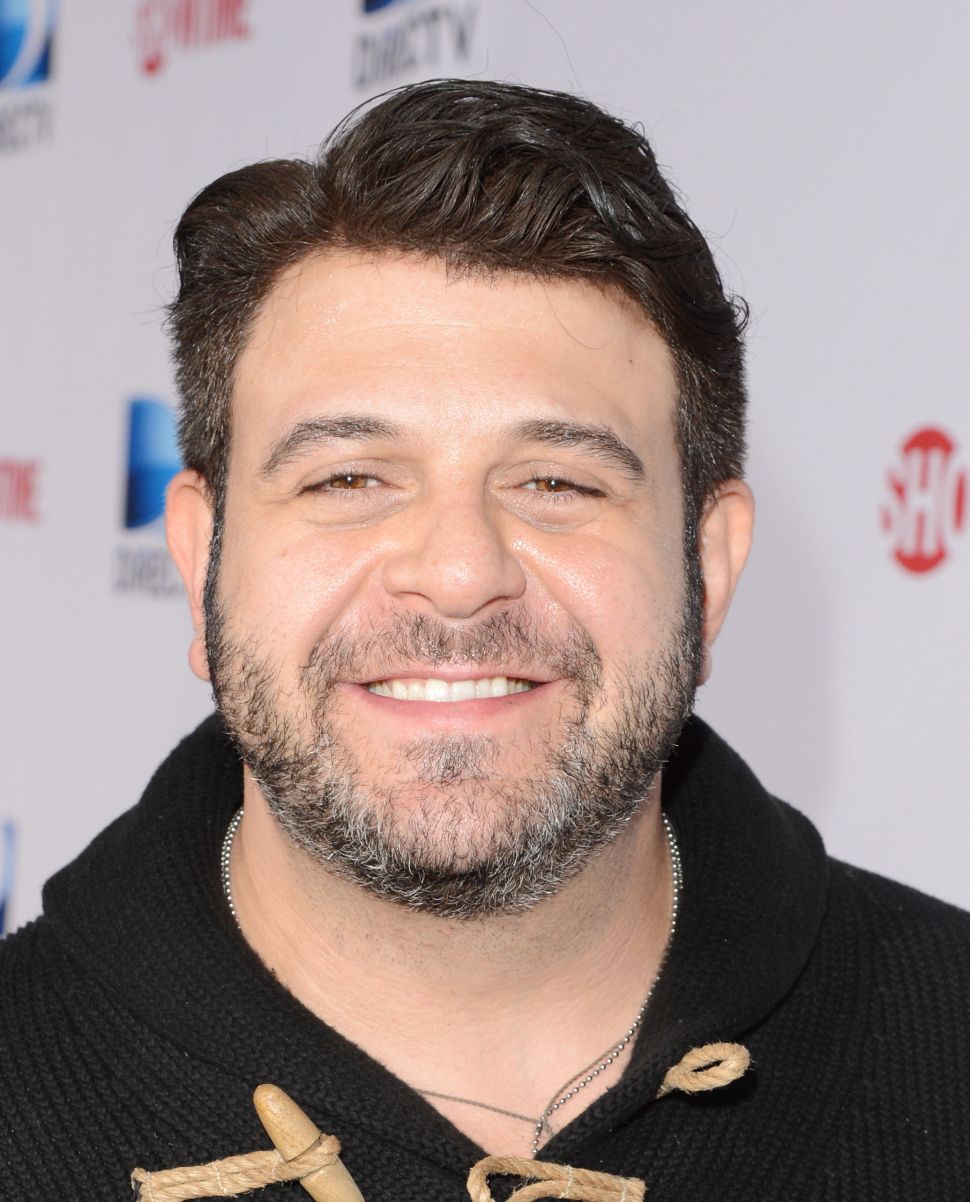