On Thursday night, after 10 days of aerial warfare between Hamas terrorists and Israel, Prime Minister Benjamin Netanyahu approved a ground incursion into Gaza. It was a move that much of the public, many members of the political echelon and the thousands of reservists who had been called up eight days earlier, felt was long overdue.

This sense of urgency was not merely due to the incessant mortar, rocket, missile and drone strikes that have been sending Israelis across the country into bomb shelters and safe rooms for the last week and a half, often several times a day. More importantly, it was the result of well more than a decade of rocket fire on southern Israel, and two “operations” in Gaza — Cast Lead in 2008-2009 and Pillar of Defense in 2012 — that ended with international condemnation of Israel for the “disproportionate use of force” and a reinvigorated Hamas, left alone with multi-millions of euros and dollars, as well as Iranian backing, to rebuild its arsenal and infrastructure.

The sequence of events that culminated in the current war foretold its inevitability; so much so, in fact, that even the media was going easy on Netanyahu. Ironically, this had a demoralizing effect on those of us who deemed a ground invasion necessary. We skeptics assumed that, once again, the government was going to agree to a brokered, one-sided cease-fire without destroying Hamas’ military capabilities.

After all, we knew for certain that the Israel Defense Forces would never be commanded to carpet bomb Gaza from the air. We pride ourselves on the morality of our army, which takes every precaution to prevent the death of civilians, going so far as to warn them to evacuate areas we are targeting, and aborting airstrikes when civilians are spotted in those areas.

Because of this, when rumors that the infantry was given the order to enter Gaza were confirmed, I was among many Israelis who heaved a huge sigh of relief. I even apologized to Netanyahu under my breath and on Facebook for having doubted the skillful manner in which he was handling Operation Protective Edge.

I simultaneously began to panic.

It is one thing to be convinced, as I was and still am, that a ground incursion (with Israeli soldiers going literally and figuratively door-to-door to snuff and stomp out terrorists and tunnels) is the way to go. It is quite another to cheer on such a campaign when one’s own child is taking part in it.

An infantry reservist, my son was called up on July 9. Contact with him has been sparse, as he has had limited use of his cell phone. Nor did I get a chance even to give him a hug before he left, since I had just returned from a month-long visit with my own parents in the United States. And though he is a married man, in addition to being one of the most mature, capable, talented and dependable people I know, he is still my baby.

His siblings, all of whom served in the IDF in different capacities, have been telling me not to worry.

“I’m optimistic and you should be, too,” my daughter said.

“He’ll be fine,” another son assured me. “We have the best army in the world; Gaza is small and Hamas is nothing.”

But Hamas is also a well-oiled murder machine, comprised of blood-thirsty Islamists who abide by no rules of combat. Unlike my son and his comrades-in-arms, who are trained to take human life and the rules of war into account, Hamas warriors are taught the opposite.

It is this asymmetry that makes it so difficult for the West to confront, let alone defeat, global jihad. While soldiers of the former fear for their lives and try to avoid collateral casualties, those of the latter are willing “martyrs” for their cause.

Knowing that my son is entering a strip of land densely populated by such demons is frightening enough. Aware that he is doing so with a weapon in one hand and a law book in the other is beyond my capacity as a mother to bear.

Israeli parents, famous for over-protectiveness at the playground and dinner table, must constantly make our peace with this particular form of parental cognitive dissonance. It is a feat I wish on my enemies. Only then will there be hope of genuine coexistence.

Until that time, however, all I can do as I watch the news — weeping with a mixture of resolve and dread — is pray.

This story appeared in Israel Hayom and is reprinted with permission.

Ruthie Blum is the author of To Hell in a Handbasket: Carter, Obama, and the ‘Arab Spring.’ 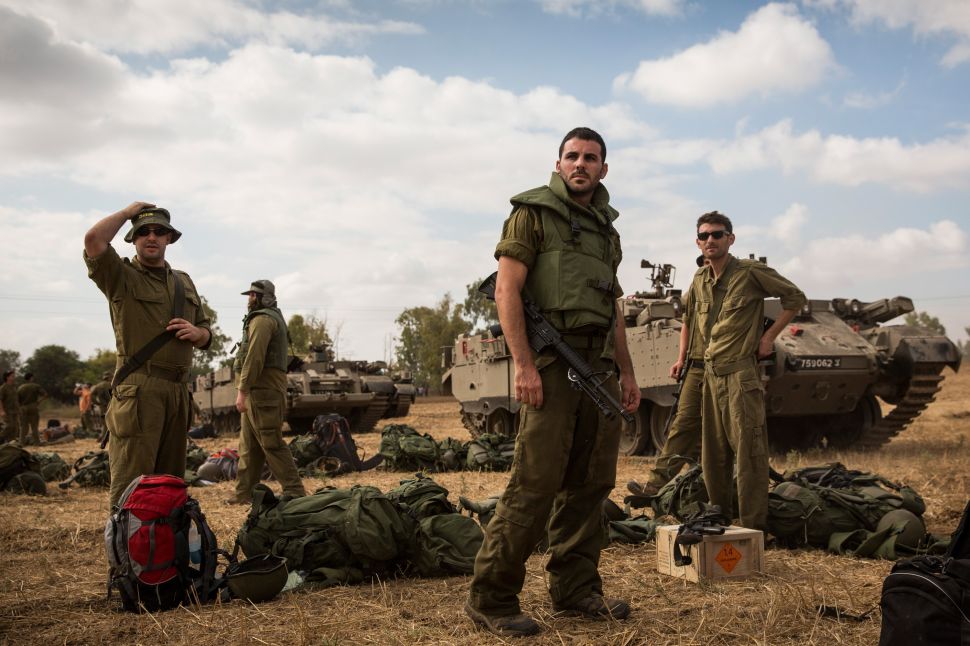