Michelle Obama backed up her husband on immigration and the border crisis while pushing her pro-education Reach Higher program at a Hispanic advocacy group summit in Manhattan this afternoon.

The first lady’s speech to the League of United Latin American Citizens convention focused mostly on her campaign to encourage disadvantaged youth to pursue higher education. But Ms. Obama did take time to push President Barack Obama’s plan to provide legal status and a path to citizenship for the 11 million-plus undocumented immigrants living in the United States–who have been subject to deportation.

“With a broken immigration system hurting so many of our families and neighbors, some of you right now might be wondering why I’ve decided to focus on education today,” Ms. Obama said. “We must try to tackle all these issues at the same time.”

The first lady also reproached the Republican-run House of Representatives for failing to pass the immigration reform measures that have already cleared the Senate, and for its hesitance to approve her husband’s $3.7 billion emergency relief bill to alleviate the growing crisis at the Mexican border, where thousands of Central American youth continue to pour in illegally. She repeated her husband’s vow to use executive orders to bypass Congress and force-fix the undocumented situation.

LULAC, an 85-year-old organization based in Washington, D.C., has long called for undocumented immigrant amnesty and the granting of government financial assistance to college students lacking proper naturalization paperwork. The group also recently praised the president’s promise to use executive action to move immigration reform and alleviate the situation on the border in the face of Congressional opposition. 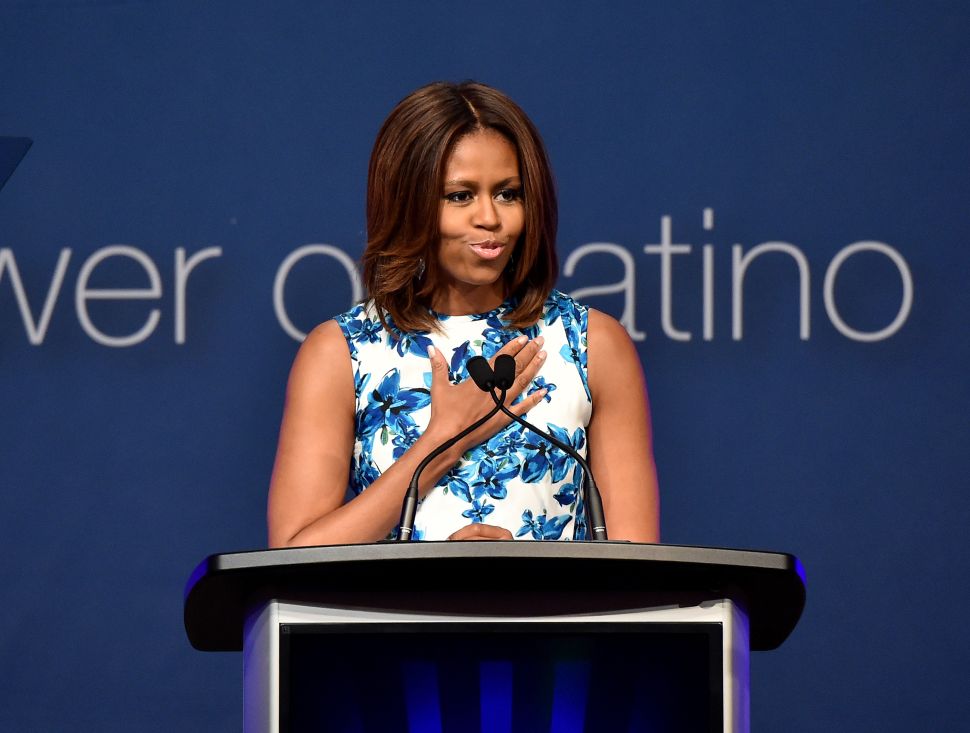