“They did produce data,” Egea said, repreatedly trying to turn back lawmakers who drubbed her on what they deemed was her over-reliance on Baroni as a source of information at the Port Authority.

When Moriarty invoked the tooth fairy, both Egea and her attorney objected, but Moriarty stood by his characterization.

On Aug. 13th of last year, prior to the ensnarlment of the GW Bridge, Bridget Kelly, then-Christie’s deputy chief of staff, emailed David Wildstein, director of interstate projects at the Port Authority.

The email read: “Time for some traffic problems in Fort Lee,” to which Wildstein replied: “Got it.” 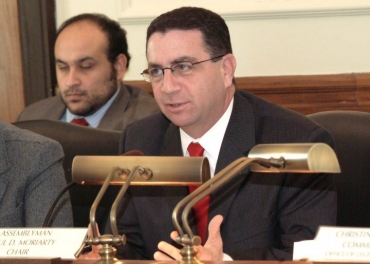