Artists use Manifesta 10, the European contemporary art biennial, to rebel against Russia’s anti-LGBTQ laws. [The Guardian]

Norwegians are trying to appeal the sale of a Barbara Hepworth sculpture–which sold for £4.2 million (the highest price for the artist)–since it is the country’s only sculpture by her. [The Art Newspaper]

Judith Bernstein on her show at Studio Voltaire in London. [Artforum]

“Art Everywhere US,” the project bringing fine art to public spaces, has announced the 58 works that will go on display in early August. The collection includes works by Edward Hopper, Cindy Sherman and Ed Ruscha. [Forbes]

“An exhibition at the Los Angeles County Museum of Art shows how kimonos developed in the 20th century into a popular reflection of art and history.” [WSJ]

While the Lambert Collection’s Avignon premises are closed for renovation and expansion, the curatorial team has turned to the city’s disused 18th-century Sainte-Anne prison for its current exhibition. [The Art Newspaper] 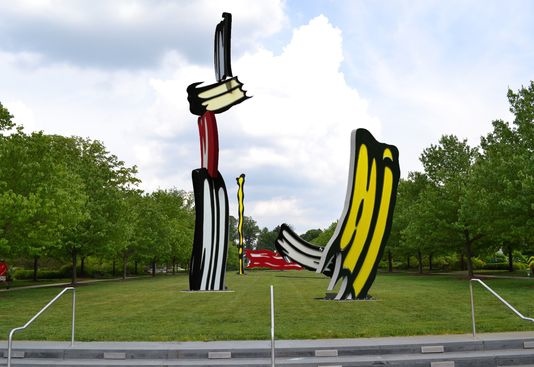