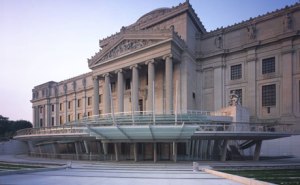 The Brooklyn Museum will offer free admission to visitors under 20. [NYT]

The Department of Justice has given up on trying to return an ancient mask to Egypt. [NYT]

The man suspected of killing four people at the Jewish Museum in Brussels this past May has been charged. [The Art Newspaper]

“Manchester to have first statue of woman since Queen Victoria.” [The Guardian]

Somebody’s vandalizing an expensive Bansky in Cheltenham [The Guardian]

There’s a new gallery, Mead Carney, for those mooring their super yachts at Porto Montenegro, “the Monte Carlo of the Adriatic.” [The Art Newspaper]

“In an editors’ note responding to allegations of plagiarism, The New York Times said on Wednesday that a reporter in the culture department had improperly used a section from a Wikipedia page without the correct attribution.” [NYT]