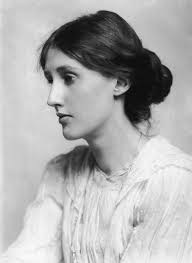 Yilmaz Dziewior, the director of Kunsthaus Bregenz, is the new king of Köln! He will become director of Museum Ludwig in February. [Art in America]

A new report says that the Detroit Institute of Arts’ collection is worth $4.6 billion, but that it would make only about a quarter of that if it was quickly liquidated. [Associated Press]

Caravaggio’s remains will be buried in a Tuscan memorial park. [The Art Newspaper]

“The New York State Council on the Arts is using an online survey to shape its priorities.” [NYT]

Nearly a century ago, Virginia Woolf refused to sit for a portrait at the National Portrait Gallery, condemning it for being “filled with men.” Today, however, the acclaimed author is the subject of an exhibit commemorating her literary achievements through portraiture. [The Guardian]

LACMA has announced a proposal for a new addition–a skyscraper on Wilshire Blvd.–which will allegedly house an architecture wing, Frank Gehry’s archives, a hotel and condominiums. [LA Times]

“Art sales: can the market sustain these rises?” [The Telegraph]

Frieze London will shift its dates forward by a day so that dealers do not have to work on a Sunday. [The Art Newspaper]