Rupert Murdoch offered $80 billion to buy Time Warner, but was rebuffed. But needless to say, just the idea of 21st Century Fox combining with forces with Time Warner is making heads spin with hypothetical scenarios and stock prices rise. Besides, “Mr. Murdoch is determined to buy Time Warner and is unlikely to walk away,” according to people involved in the discussions. (The New York Times)

Jill Abramson is not ashamed of getting fired from The New York Times, was disappointed by the last season of Girls and now has time to read literally the whole New York Times. She also relies on her friends, husband, sister, kids and dog. (Cosmopolitan)

There have been a series of problems with The Wall Street Journal‘s 125th anniversary gifts to staffers. The latest one is that the ice cream scoops that lent themselves well to puns (get it? “scoops”) are not dishwasher safe. (Jim Romenesko)

Simon & Schuster is talking to Amazon, and even though nobody knows exactly what they are talking about, just the fact that a publisher besides Hachette is talking to the retail giant is news. (The Wall Street Journal)

NPR senior vice president for news Margaret Low Smith is going to Atlantic Media as a vice president and the president of the Atlantic’s events division. “It will ache to walk out the door, but there’s nothing better than leaving a place when you still love it and it loves you back,” she said. (Poynter) 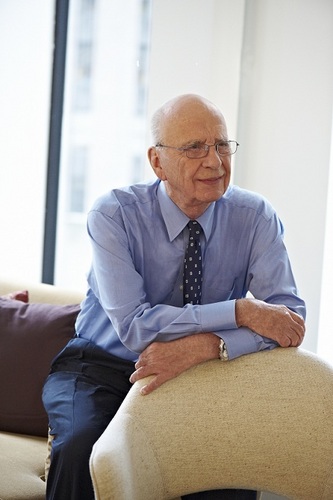