“The Alpine Slide was essentially a giant track to rip people’s skin off, disguised as a children’s ride,” recalled a survivor.

Action Park, a death-tempting  park that operated from 1978 to 1996, returns this summer under its original ownership, on its original property.

Some laughed when the park’s hallmark rainbow logo replaced the Mountain Creek sign in Vernon, New Jersey on April Fool’s Day this year. But the timing was intentionally wry and the purchase was for real. Founder Gene Mulvihill’s son Andy has revamped and reopened Action Park as similarly to the original as he could legally manage. So, New Yorkers, get your teenage crew together and hit this place up, if it’s the last thing you ever do.

Nicknamed Accident Park and Class Action Park, the stomping grounds for teenage daredevils saw ten casualties during its prime. And five to ten patrons went to the emergency room per day, so that Action Park literally purchased additional ambulances for the town of Vernon to accommodate the demand rise, the Post reported.

But Action Park was a right of passage for daring teenagers, and nostalgia haunts those lucky enough to have once called the original a summer staple. “It was by far one of the most dangerous situations I’ve ever been in in my entire life,” a New Jersey native recalled fondly in a short documentary.

This summer will offer teenagers the chance to prove themselves all over again.

The old rides included an “utterly chaotic” wave pool and a ride called Cannonball Loop that was “almost physically impossible.”

Of course, none can forget the Alpine Slide, frequented by Jersey’s finest.“You have to take the ski lift to get up there,” former park patron Chris Gethard recalled, “so while you’re on the Alpine Slide you also have people just spitting at you. And you know that’s true because you tried to hit them with your spit on the way up.”

This summer the park will feature several of the old rides (with safety upgrades) plus a new million dollar Zero G slide.

Founder Gene Mulvihill had his teenage kids operate the rides. “Everyone running the place seemed to be a combination of teenage and drunk or completely apathetic,” a regular recalled in the documentary. With Andy Mulvihill at the helm this summer, the exact same hands run the show.

According to the Post, deaths at the original park resulted from a kayak ride electrocution, drowning in wave pool suction and a heart attack in ice-cold , to name a few. “When you got to the top of the lift you actually saw photographs of other people that had been maimed,” formerly fearless Seth Rogin explained, “with a sign that said keep your arms in, kids!”

Gene Mulvihill created his own insurance company in the Cayman Islands to cover the park, so that the Cannonball Loop wasn’t the only loophole he managed. He also bribed employees with $100 to test out his rides, when his son wasn’t around to do the job. Rumor has it one plastic dummy used for a test run came out headless.

“Did it make a man out of a generation of people? I don’t know,” Andy Mulvihill said. “But we’re back, we’re in control, and we are gonna make this place real fun again.” 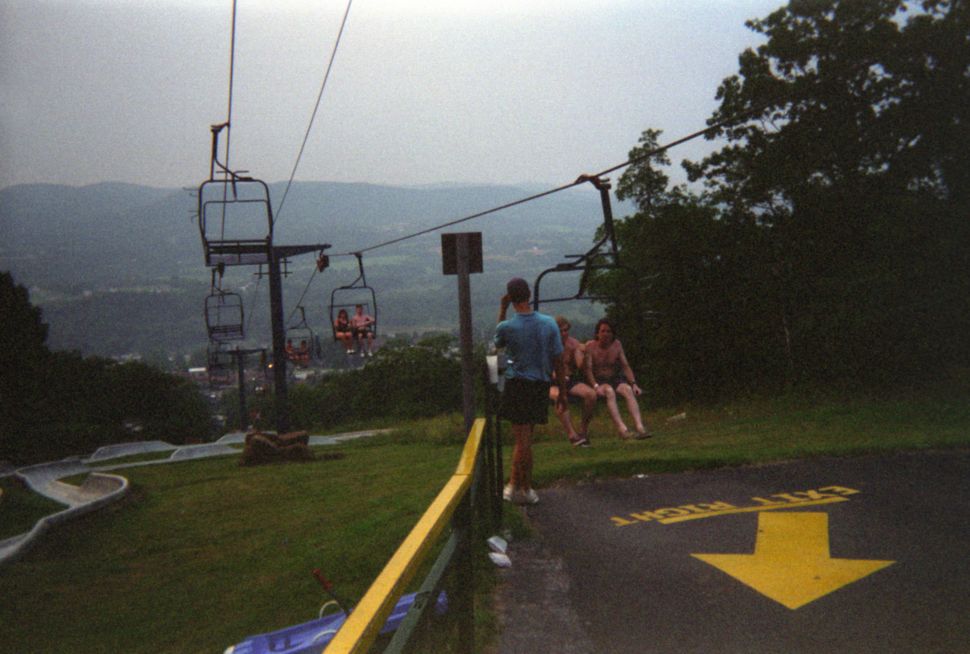