We don’t care if you’re a professional puppy walker or the Kardashians’ private pilates instructor; there’s no way your job, however amazing it may be, beats the one for which Netflix is currently hiring.

The online streaming giant is on the hunt for someone in the UK or Ireland to join their team of professional taggers, Time reports. In laymen’s terms, taggers are responsible for sitting at home and binge-watching a butt load of Netflix, and then categorizing the stuff they watch with specific tags. Those tags, coupled with Netflix’s super secret algorithms, help Netflix give its users more specific recommendations.

“Taggers are the bright sparks who help us make your Netflix personal,” a YouTube video announcing the job hunt says. “Their analytical minds pick up on the most subtle details. That’s why your Netflix profile doesn’t look like your gran’s, unless, of course, you two have similar tastes. Sounds like a great job, doesn’t it?” Yes, Netflix. Yes it does.

Netflix describes the tagging job in a little more detail in a listing on the company’s careers site:

“Successful applicants will be responsible for watching and analyzing films and TV programmes that will be streaming on Netflix in the future. The tagger will deconstruct the films and programmes and describe them using objective tags.

“This ‘tagging process’ is the first stage of the Netflix recommendation system and works in concert with advanced algorithms that generate highly personalized suggestions for every one of Netflix’s nearly 50 million members, offering them an individualized set of titles matching their tastes.

“The role will offer flexible hours working from home and would suit those with a passion for films and TV programmes, as evidenced by a degree in film or film history and/or experience directing, screening writing or filmmaking. Applicants with analysis experience (e.g. as a critic or work in development) would also be well suited.”

The core skills they’re looking for include “movie and TV content expert” and “tenacious about follow-through and follow-up on a project.” Anyone who’s ever binge-watched an entire series in a matter of days should meet those standards, no prob.

They’re also looking for someone with “1-2 years website/media/new media company experience,” which sounds vague enough that anyone who’s regularly used the Internet in the past year should probably qualify. 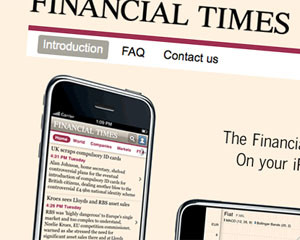