For as long as teenagers have been sexting, creating rebellious subreddits, and simply spending all their time glued to devices, parents have been trying to put a stop to the digital madness.

A new app for Android allows parents to set and control restrictions on their children’s phones and tablets from their own devices.

Once TimeAway is installed on devices of both the parent and child, the parent can monitor usage and downloads, track the device’s location, block downloads of eyebrow-raising apps (we’re looking at you Snapchat), set time limits for specific apps and even pause the device for certain time periods such as for dinner, homework or bed.

But wait, can’t the kids just delete the app? Unfortunately for them, they’ll have to do some good old fashioned snooping if they want to get rid of it, as their parent’s password is needed to remove the app. Additionally, settings on the child’s device are also locked, leaving them unable to get around the time-centered restrictions by changing time zones.

The app’s developer, Google employee Tamara Sanderson, is currently working on a second app tackling what she calls “device mindfulness.” This restriction app, however, is for the grown ups.

BeAway will help adults control their own cyber addictions by threatening to make them pay a nominal fee to a charity or accountability partner, such as a spouse or friend, if they break their preset commitments.

Perhaps parents could use these apps in conjunction with each other and make their children their accountability partners. There’d be nothing more ironic than parents forking over an extra allowance to their kids because they can’t forgo the embarrassing Facebook comments or quit playing Flappy Bird kockoffs.

Hopefully we’ll reach a point where kids and adults alike will become less like technology-crazed monsters and more like normal human beings. 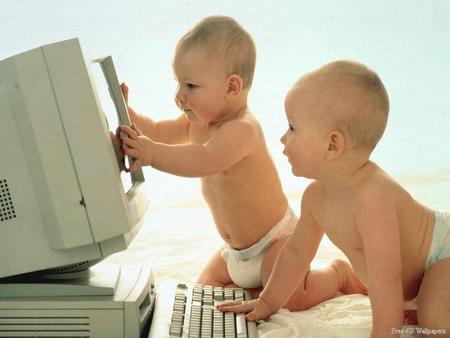